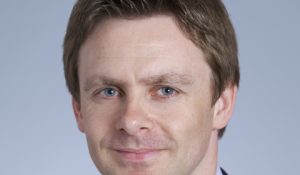 A proposal for the Scottish government to recover medical costs for treating asbestos diseases is unequitable, could prove unlawful and would drive up the cost of liability insurance.

The plan to retroactively extend the terms of insurance policies would breach the rights of insurance companies, the International Underwriting Association has warned. Its comments came in response to a consultation paper issued by Stuart McMillan, a member of the Scottish Parliament.

A recent decision in the Supreme Court (Recovery of Medical Costs for Asbestos Diseases (Wales) Bill, [2015 UKSC3]) casts doubt on whether such legislation would be within the remit of the Scottish Parliament. It also indicates that the proposal would be incompatible with the European Convention on Human Rights.

Chris Jones, Director of Market Services at the IUA, said: “We fully support the overall policy objective of ensuring that those suffering from asbestos-related diseases are treated quickly and effectively. If an organisation has acted negligently or breached a statutory duty, then any insurance policy will respond in the normal way and compensation provided.

“However, insurers cannot be expected to meet costs that are not within the original policy terms. This is an abuse of the contractual process. Assessing general liability risks and premiums is a complex process and underwriters consider carefully the scope of cover which will dictate the price charged.”

The IUA also stated that any changes in this area of law should be conducted on a UK wide basis.

Mr Jones added: “The UK market for liability insurance is highly competitive and extending the terms of existing contracts would inevitably add significant costs for insurers which would ultimately be reflected in the costs of future policies.

Unilateral action by Scottish legislators would lead to commercial terms being dictated by postcode rather than the underlying risk factors of insurance meaning Scottish customers could well be disadvantaged by facing higher premiums.”

The IUA’s Liability Underwriters’ Group is well supported by its member companies and considered the Scottish consultation paper in the context with existing legislative and regulatory measures in place to manage occupational diseases. These include a gross written premium levy on UK insurers relating to mesothelioma claims and ongoing work with the UK government to ensure that employers and their insurers are traceable and claimants compensated. A number of larger companies are also committed to providing significant voluntary funding for mesothelioma research.