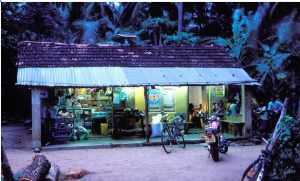 16 April 2015 – The centrality of energy in a new global development agenda is clear and critical, United Nations Deputy Secretary-General Jan Eliasson said today as he delivered the opening remarks to a briefing for Member States on Sustainable Energy for All (SE4All).

Launched by the UN Secretary-General in 2011, the Sustainable Energy for All Initiative, a multi-stakeholder partnership, aims to achieve three inter-linked global targets namely to ensure universal access to modern energy services, to double the global rate of improvement in energy efficiency and to double the share of renewable energy in the global energy mix, all by 2030.

“The adoption of a post-2015 agenda later this year is a landmark moment for this initiative. Many opportunities lie ahead for SE4All to help implement the proposed [sustainable development goals] on energy and climate change, ” Mr. Eliasson declared, referring to the sustainability agenda being crafted by UN Member States to succeed the Millennium Development Goals (MDGs) at the end of this year.

“In the post-2015 era, the Sustainable Energy Initiative can be at the forefront of efforts to implement these SDGs at country and regional levels, demonstrating how we can turn these goals into reality for people around the world.”

Currently, one out of five people lives without access to electricity, and nearly 40 per cent of the world’s population rely on wood, coal, charcoal or animal waste to cook and heat their homes, leading to over four million deaths each year from the effects of indoor smoke. Addressing this while also reducing greenhouse gas emissions and tackling climate change is a crucial challenge.

At the UN, meanwhile, governments have already identified sustainable energy as one of the new generation of development goals that are expected to be adopted in September.

The key role of the SE4All Initiative, Mr. Eliasson continued, would largely include helping translate concrete goals and targets at the national level; mobilizing finance and investment from both the private and public sectors; and helping to track and monitor progress.

However, he added, for the Initiative be successful in a post-2015 landscape, a “solid and clear institutional arrangement” would be needed, particularly through the involvement of a non-profit organization, as the UN did not current have a mandate from the General Assembly to establish a full-fledged entity on energy. Yet, establishing such an international non-profit organization “is the best way to continue to dirge forward the sustainable energy agenda.”

Mr. Eliasson nonetheless underscored the Organization’s strong commitment to SE4All, adding that the UN system would continue to invest in sustainable energy at global, regional and country levels beginning with the upcoming Sustainable Energy for All Forum scheduled for next month.

“There is a lot to do in a short space of time, ” the Deputy Secretary-General concluded.