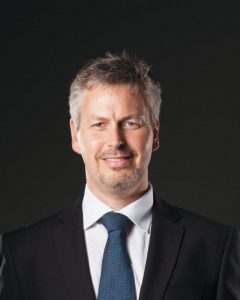 An improvement in the marine hull claims picture for 2014 masks an underlying trend that is worrying, the Nordic Association of Marine Insurers (Cefor) has warned.

“The most notable feature of the ocean hull claims statistics in 2014 was the substantially reduced cost of claims in excess of $5m, ” said Helle Hammer, managing director of Cefor. This was also reflected in the total loss frequency, which was almost at a record low.

Ms Hammer added though that an exceptionally low number of high severity claims in one year does not remove the underlying risk of very large claims. “We only need to go back to 2012 to find the second most expensive year in terms of claims costs per vessels. This was mainly due to five total losses in excess of $30m. And in 2013 we saw two record-high partial claims exceeding $60m each, ” she said. “With more high-value vessels in the portfolio, we can expect to see expensive total losses and partial claims also in the future.”

Cefor stresses that it is important to include the risk of extreme losses in the pricing process. Hence, insurance portfolio data rather than fleet statistics based on three to five years data is recommended for the purposes of technical pricing.

Claims frequency showed a slight increase over 2013, but was still considered at a long-term low. An exception to this was the incidence of fires on passenger and car/roll-on roll-off vessels, where the frequency remained high. “When comparing the overall claims frequency over the past six years to the higher frequency of the years before the shipping boom, influencing factors such as increased deductibles, reduced repair costs, reduced vessel utilization, and slightly younger and larger vessels must be kept in mind, ” said Ms Hammer. 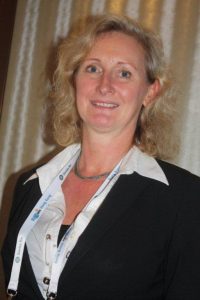 For the coastal portfolio, the overall claims frequency showed a similar trend, with a decrease from 25% in 2003 to about 15% in 2014. This was partly the result of improved reporting in 2010, which increased the share of small coastal tonnage with a typically low claims frequency. Vessels with higher values showed a substantial decrease in frequency. The total loss frequency for the coastal portfolio remained stable at a substantially higher level than for the ocean portfolio.

The claim cost per vessel has remained stable over the past few years, especially for the majority of coastal vessels with low values. Although 2014 saw one exceptionally costly claim in excess of $30m on one of the few high-value vessels, the typical major claim in the coastal segment does not exceed $ 20m.

The annual meeting of the Nordic Marine Insurance Statistics database elected Christen Guddal, senior vice-president and a member of Gard’s Top Management Group, as its new board chairman. Mr Guddal has had more than 20 years of experience at Gard, including three years as group head of claims and three years as the managing director of Gard’s London office.

Mr Guddal succeeds Svein Ringbakken of DNK who has stepped down at the end of his two year term as chairman.

He praised the “great job” that his predecessor as chairman, Svein Ringbakken, had done.

Göran Skuncke (DNK) and Jonny Gangstad (If) were elected as new members of the board, while Tord Nilsson (The Swedish Club) and Hans Christin Seim (Norwegian Hull Club) were re-elected to the board.

Other members of the board are Leif Nordlund of Alandia Insurance, who is vice-chairman; Arne Gangdal of Gjensidige; Tord Nilsson of the Swedish Club; and Anne Systad of Codan.