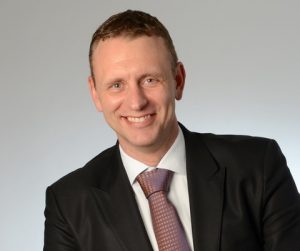 Singapore is a signatory to IBIA’s Port Charter designed to raise bunkering standards by requiring signatories to operate a licensing scheme for bunker suppliers, enforce regulations covering bunkering operations, have a testing regime in place, and have appropriately qualified professionals involved in the supply chain.

Held at The Fullerton Hotel and attended by 280 guests including the MPA’s Assistant Chief Executive Captain M Segar, the dinner was hosted by IBIA in Asia, Exco Chairman Douglas Raitt and came at the end of a very successful Singapore Maritime Week.

Guest speaker at the event Jens Maul Jorgensen, IBIA board Chairman noted that more suppliers are using ISO 2010 specs but called on all refiners, traders and suppliers to use the latest specs.

“The latest specs are not too expensive for owners. It’s a problem we don’t have any more because oil prices have dropped by almost 50% and with prices around $340 per mt. There are no excuses, refiners don’t benefit when they blend the product down in quality because of a huge reduction and P&I clubs can now press their clients to get the latest ISO specs inserted in their vessel description.”

The evening also saw the award of honorary membership to Capt Tey Yoh Huat Senior Research Fellow at the National University of Singapore Centre for Maritime Studies in recognition of his contribution to the maritime industry generally and, in particular, for his service to IBIA as Chairman of the IBIA (Asia) Bursary Committee.

Capt Tey was the inaugural chair of the Bursary committee which provides support to young people engaged in a maritime career. The fund supports scholarships for young people who are undertaking cadetships.

“The Dinner has been a great success and something I would like to build upon, the opportunity to meet so many people from all aspects of the industry was a tremendous opportunity for me. I look forward to meeting many more.”

Signing of a Long-term Consecutive Voyage Charter for...