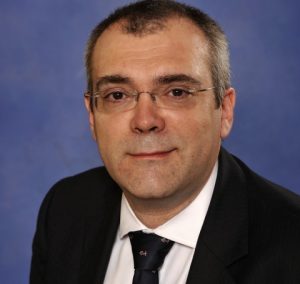 Proposals to push back by 12 months the implementation dates for new international accounting standards covering revenue recognition will have implications for many companies, including those in the shipping industry.

On 28 April, the International Accounting Standards Board (IASB) tentatively decided to defer by one year implementation of the IFRS 15 standard,  Revenue from Contracts with Customers. While the vote was not unanimous, with 11 members in favour of the change and three against, it is now extremely likely that the new standard will apply only for accounting periods beginning on or after 1 January 2018. Before finally ratifying the decision, the IASB is proposing to issue a narrow-scope exposure draft. A response period of at least 30 days is expected, with the intention to finalise by July 2015.

The IASB decision to defer implementation follows the 1 April decision of the USstandard-setter, the Financial Accounting Standards Board (FASB), to have its staff draft a proposed Accounting Standard Update modifying the implementation timetable for the new revenue recognition standard, also putting back the implementation deadline by one year. The Proposed Accounting Standard Update, Revenue from Contracts with Customers (Topic 606),  was issued on 29 April. If ratified, it will accomplish the deferral and early adoption provisions which were voted upon at the 1 April meeting of the FASB. As part of the update, the FASB has also asked for feedback on specific issues in order to better inform its decision process.

Early adoption of the standard will continue to be permitted by the IASB and is now expected to be allowed by the FASB.

David Chopping, technical partner at Moore Stephens, London, says: “There are many reasons why IFRS15 is likely to be deferred, but the main issues relate to the time that some companies need to develop policies, systems and expertise in order to be able to follow the new standard. Changing the basis for recognition of what is the largest single figure in most companies’ accounts is always going to be a complex and time-consuming task, not least for those in the shipping industry.

“Feedback to IASB, FASB and the IASB / FASB Transition Resource Group (TRG) indicates that some preparers of accounts are convinced that it is going to take even longer than originally thought. There are also some possible changes to the standards being recommended by the TRG. If these go ahead, it will mean that some companies will have to amend what they are planning to do to deal with implementation based on the standards as currently in issue. Even if they don’t, it still has an effect – companies are understandably reluctant to commit time and resources to new standards until they are entirely confident that the new standards won’t change again before coming into force.”

Michael Halkias, a principal with MSPC New York says: “Given that these rules have been gestating for almost 13 years, the proposed delay is perhaps not altogether surprising. Although the decision by the FASB to change the implementation date and allow early adoption is considered tentative, the minutes of the meeting show that votes held on both the deferral and the ability to adopt early were unanimous (7-0).

“Allowing entities to adopt early is a significant change from the initial guidance, which forbade early adoption. This also adds a considerable additional level of complexity when comparing the results of different entities, as there are now essentially four different potential adoption dates in total for publicly-listed and non-public companies which follow US reporting rules.”

International Financial Reporting Standards are a set of generally accepted accounting principles (GAAP) developed by the International Accounting Standards Board (IASB) and used by companies to prepare financial statements. They are followed, or are in the process of being adopted, by more than a hundred countries, including all EU member states.

Michael J Halkias comments,  “Both IFRS 15 and its US equivalent will apply to all contracts with customers except for those within the scope of other standards, such as leases, insurance contracts and financial instruments. This broad application will impact essentially all companies which currently generate revenues from any other areas, and the scope is likely to increase in the near future for shipowners. It is possible that a large number of contracts in the shipping industry will no longer be considered leases when the new lease accounting proposals come into force.”

The deferral of implementation is to be welcomed, as it recognises the complexity of dealing with the process of transition.

*Moore Stephens LLP, based in London, is noted for a number of industry specialisations and is widely acknowledged as a leading shipping, offshore maritime and insurance adviser. MSPC, based in New York, is a regional accounting firm with extensive experience of servicing the maritime industry and public registrants.