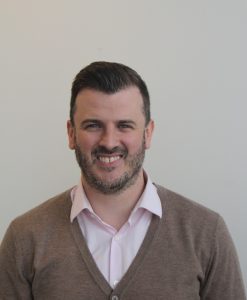 FOUR out of every 10 business travellers add extra days onto trips so they can enjoy personal travel without incurring the extra cost, new research has revealed.

Almost half (46%) of British businessmen and women also admit they try and choose a higher-rated or more expensive hotel when they travel for work than they would on personal trips they pay for themselves, according to the nationwide study by leading hotel bookers LateRooms.com.

One in 10 staff say they couldn’t possibly afford the same class of hotel on personal excursions that their employer funds routinely for work trips, according to the LateRooms.com poll of 2, 000 businessmen and women*.

And 22% admit they happily take advantage because someone else is paying. A further 13% say they always choose more expensive hotels while away on work because they have a generous budget.

Some 30% of those in relationships with British businessmen and women ‘hate’ when their partner goes on a work trip, the research reveals.

Therefore, according to the study, many businessmen and women take their partners on work trips with them.

LateRooms.com business spokesman, Greg Mannix, said: “The average British businessman or woman travelling on a work trip will stay away from home for 8.8 nights per year, according to our research.

“Indeed, 30% of British business travellers stay away even longer – between 10-20 nights per year.

“Tax rules mean companies claim VAT back on the cost of employees staying in hotels on work trips – something personal travel doesn’t have the advantage of. This means that, for some, the standard of hotel they stay in on a business trip can be much higher than the ones they would choose for personal travel.

“Given that they are staying in a higher standard hotel already, it seems many businessmen and women understandably take advantage and tack some personal travel time onto their work trip – sometimes even inviting their partner to stay and enjoy the extra luxury alongside them.”

* LateRooms.com commissioned OnePoll to survey 2, 000 businessmen and women in May 2015.

It was awarded gold for Best Hotel Booking Company in the British Travel Awards in both 2012 and 2013, taking bronze in the category as well as the Feefo Excellence in Customer Service Award in 2014.

With more than 55, 000 global properties available on our iOS and Android app and on our simple and easy to use website, customers can book now and pay later, and receive instant booking confirmation.

LateRooms.com also offers more than 1.4 million trusted guest reviews,  written by customers who have booked through LateRooms.com and actually stayed at the hotel.

LateRooms.com is part of TLRG, based in the UK, which operates three brandsLateRooms.com,  AsiaRooms.com and MalaPronta.com.  TLRG is also part of TUI Group, one of the world´s leading leisure travel companies headquartered in the UK and listed on the London Stock Exchange. TUI Travel PLC operates in over 180 countries, serving more than 30 million customers, and employs over 55, 000 people.