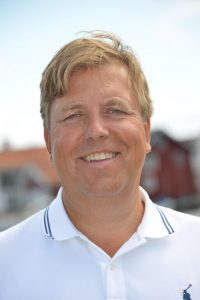 Gothenburg, Sweden, 18 June 2015 – As the port of Gothenburg prepares to welcome the Volvo Ocean Race fleet of racing yachts and their entourage ending their round-the-world challenge next week, there’s one group of Swedes with especially good reason to celebrate the successful conclusion of the race – the management of the GAC Group.

Through its sailing logistics specialist company GAC Pindar, the GAC Group with roots in Sweden has been charged with handling the complex logistics demands involved in getting everything delivered to the 11 stopovers at ports in Africa, Asia, Australasia, the Americas and Europe since setting off from Alicante in Spain in October last year.

It’s been an epic challenge, involving the intricacies of moving 2, 500 tonnes of Race Village components, spare parts and other essentials to make sure everything was in the right place, at the right time, every time.

Planning and execution
When the Gothenburg Race Village opens to the public on 21 June, it will mark the completion of a monumental two year logistics management programme for GAC Pindar. Planning started more than a year in advance, with GAC & GAC Pindar employees travelling over 30, 000 miles to recce each of the host ports to get a good understanding of the challenges that each venue would present.

Since then, GAC Pindar employees have worked over 21, 000 hours to ensure the completion of their mammoth task. Each host port presented a unique set of challenges which had to be planned for, and two identical Race Villages leap-frogged one another around the world to ensure that the tight deadlines for each stopover were met.

The complex logistics operation involved detailed preparation for arrival and departure at each host port, the issuance of more than 100 ATA Carnets for import and export customs and the storage of over $2, 500, 000 of spare boat parts at three locations around the world – Auckland, Dubai and Rotterdam – which had to be available for deployment at a moment’s notice.

To the rescue
Some of those spare parts were indeed called upon to keep some of the seven teams in the Race.

At the end of March, the Dongfeng Race Team’s mast broke as they approached the Cape Horn en route from Auckland in New Zealand to Itajaí in Brazil. With more than 2, 000 nautical miles from their port of call, they had no option but to motor to Itajaí and await a new mast to fit ready for the next leg of the Race. That meant GAC Pindar had just 20 days to deliver the 28.6 metre, $345, 000 mast held in storage in Dubai to Brazil in time for it be fitted and race ready. It arrived two days ahead of schedule.

GAC Pindar also played a key role in getting the Team Vestas Wind boat back in the water for the final two legs of the Race after sustaining damage when it ran aground off Mauritius in November. The Team Vestas Wind workshop containers were diverted to the Italian shipyard where it was rebuilt, and the wheels were set in motion to transport and clear the salvaged boat materials through customs.

Triumph and testimony
GAC’s Gothenburg born and bred Group President Bengt Ekstrand says: “The end of the Volvo Ocean Race is both a triumph for the seven competing teams and its organisers, and a true testimony to the power of GAC, its partners and our global reach and resources.

“GAC Pindar worked tirelessly with GAC employees at each venue to ensure the delivery of everything needed, regardless of the challenges that arose. Watching the boats sail into Gothenburg will be a proud moment for everyone involved.”

Tom Touber, Volvo Ocean Race Chief Operating Officer, adds: “Being almost at the end of the Race, from all of us at the Volvo Ocean Race we’d like to thank the team at GAC Pindar. As our Race is life at the extreme we are always confronted with the unexpected. In those circumstances it is vital to have a logistical partner that is not only able to stick to their promise, but also able to change the promise swiftly and deliver the new one. Working with the professionals at GAC Pindar was a very good experience and a solid basis for mutual trust has been built between our operations team and the GAC Pindar logistics team. And if we have learned one lesson that is that the people we have worked with at GAC Pindar have made the difference.”

The Volvo Ocean Race boats are due to arrive in Gothenburg on 22-23 June, with final in-port race taking place on 27 June. Keep up-to-date with all the Race action at http://volvooceanrace.com