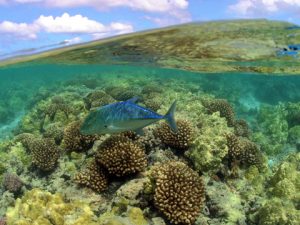 24/06/2015  A project to identify potential sea areas in South East Asia which could be put forward for designation as Particularly Sensitive Sea Areas (PSSAs) is gaining traction with the holding of a second regional meeting in Hanoi, Viet Nam (24-25 June).

A PSSA can gain extra protection through the adoption of associated protective measures, such as ship routeing systems. IMO’s Ed Kleverlaan is facilitating the meeting, which is being held under the auspices of a co-operation agreement between IMO and the Norwegian Development Cooperation Agency, NORAD. The meeting is being attended by around 20 participants from Indonesia, Malaysia, Philippines, Singapore and Viet Nam.