Top Posts
COVID-19, plague, planets, conjunctions, comets, and the Chinese...
Don’t take chances where your health is concerned…
Vital statistics of results of the allaboutshipping 100...
The www.allaboutshipping.co.uk Top Women in Shipping for 2020
Dr. Marina Papaioannou
March, IWD2021 and other Events – WISTA UK
Where will I dock each night on my...
Stena Line aims to become the most diverse...
Raskin says US ready to lead in climate...
American Club Member Alert (March 5, 2021) re-...
GreenVoyage2050: States accelerate action to decarbonize shipping
On-Demand Recap: Leaning into the Future and the...
Life raft for missing fishing vessel Nicola Faith...
New global ISO-standard for ship-shore data exchange
Home Associations Terrorists will take advantage of EU Migrants crisis, warns ESC Global Security
AssociationsCompany ProfilesMilitaryPerson ProfilesPiracy and TerrorismSafety and Security 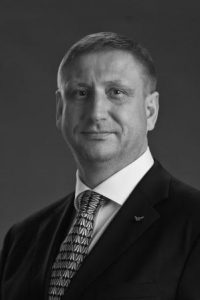 ESC Global Security has called for the Mediterranean to be classed a maritime High Risk Area in the wake of the terrorist atrocities in Tunisia and Europe’s escalating migration crisis.

“There is a reasonable doubt that some refugees from these areas will be a threat to European security. Terrorists and fundamentalists will take advantage of the crisis if they haven’t already, ” said Jaanus Rahumägi, President & CEO, ESC Global Security.

He said: “With thousands crossing the Mediterranean from Africa and the Middle East each month, the abolition of Europe’s internal frontiers will make it easier for terrorists to move across Europe undetected. But the identities of migrants can be verified before they reach land by security personnel.”

However, Rahumägi dismissed calls to shift EUNAVFOR Atlanta, the European naval patrol operating in the Red Sea, to the Mediterranean in order to capture or destroy migrant ships.

“This is not the answer. Moving Atlanta simply because the risk of Somali piracy has been reduced does not mean it has been eradicated. A separate EUNAVFOR patrol is required and the Mediterranean should be given High Risk Area status until the migrant situation has been resolved, ” he said.

“According to newspaper reports, there are thought to be about a million migrants looking to enter Europe across the Mediterranean from North Africa. But if merchant ships continue to go to their aide without adequate protection, then there is a significant risk to maritime security. Mediterranean shipping lanes must be protected in the same way that the merchant fleet is protected when it transits the Gulf of Aden and the southern Red Sea, ” Rahumägi said.

“If we are to mitigate the security risks associated with this humanitarian crisis, Brussels, the maritime administrations and the security services must work in concert.”

Rahumägi’s comments coincided with a joint statement issued last week by the International Maritime Organization (IMO) and the International Organization for Migration (IOM). IMO Secretary-General Koji Sekimizu and IOM Director-General William L. Swing agreed to establish an inter-agency platform to disseminate information, highlight the dangers of and find a solution to the unsafe and irregular migration by sea.

The IMO and IOM urged the international community to take robust measures against people smugglers “who operate without fear or remorse and who deliberately and knowingly endanger the lives of thousands of migrants at sea.”

Established in 1992, ESC Global Security (ESCGS) is one of the world’s leading independent security consultants, providing an array of maritime and onshore security services, including cyber security training.
The Estonia-headquartered organisation has security personnel serving on the vessels of 27 flag states and has successfully protected over 1000 vessel transits in high risk areas.
Meeting all the requirements laid down by the International Maritime Organisation in Resolution MSC.349 (92), which entered into force in January 2015, ESCGS is an ISO 28000/28007 certified security company with a primary focus on armed protection of vessels, including tankers (LNG, crude oil, jet fuel), super yachts, dredgers, submersibles, drill ships, general cargo vessels, bulk carriers, container ships, heavy lifts, FPSOs and tugboats.