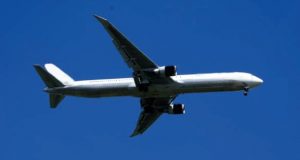 A bitter, month-long dispute at Air Madagascar that grounded most of the carrier’s fleet for weeks finally ended on 17 July, following successful negotiations between the carrier and the ITF-affiliated Syndicat General Maritime de Madagascar (SYGMMA).

Lucien Razafindraibe, SYGMMA general secretary, told the ITF “with great pleasure” on 20 July of the end of the strike. He said: “We have signed a memorandum of agreement within which the new chair of the board of directors of Air Madagascar recognizes that consultation with employees will constitute the main solution for the future of Air Madagascar.”

He added that the chair had also committed to better management of the airline and that
four dismissed union officials would be reinstated this week. He expressed the workers’ gratitude to the support and solidarity from the ITF family.

The workers’ many grievances included non-payment of social contributions deducted from wages since 2011, non-payment of pension insurance contributions, lack of support in the face of unruly passengers, discrimination in pay, not granting annual leave rights and disciplinary procedures against union leaders and activities.

On 15 July ITF general secretary Steve Cotton wrote to prime minister Jean Ravelonarivo concerning the reported lack of effective action by the airline against those responsible for the intimidation of union leaders and its failure to ensure no repetition of such events.

He said the company may be colluding with an attack on the democratic union of Air Madagascar employees, putting fundamental rights to freedom of association and free collective bargaining at risk, and urged the prime minister to intervene to ensure those rights were guaranteed. He concluded that the airline should act to ensure that all union representatives were able to carry out their work and union duties free from intimidation.

A sprinkle of positivity sugars financial markets despite...

Market report: Chilly start to the week for...

US market falters on recession fears and BA...