Top Posts
The BDI drops down to 1,540; Wets maintain...
John Faraclas of All About Shipping contributes to...
Irene Rosberg addresses the 22nd Parliamentary Intelligence-Security Forum
Ready to hit the water? So are these...
Coach Fall/Winter 2022: A Collection That Feels Like...
Badgley Mischka Fall/Winter 2022: Wearable Sculpture in Ultra-Chic...
Power, philosophy and heroism of central bankers, and...
New superyacht goes up in flames
American Club Circular no.23/22 – EU Sanctions –...
Hot Port News from GAC
Ulla Johnson Fall/Winter 2022: Organic Forms and Nature’s...
American Club Member Alert (August 12, 2022) re...
Witherbys leads the way in digitisation as 5,000...
Home Environment Fish eaters care about welfare and sustainability but two thirds never read the label 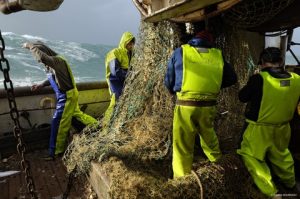 31 percent of regular fish eaters* say the sustainability of the fish they eat is the most important influencer on their purchasing decision, after cost and taste. The origin and capture method of their fish is important to them too, but in total only 31 percent regularly read the label when purchasing fish from a shop, according to new research conducted by Stormline, manufacturer of fishing oil skins.

Labelling remains confusing and unclear for many. Of the 31 percent that regularly read the label, almost all of them (92%) said they have found the information to be confusing. 80 percent admitted to having ignored what was on the label and purchasing the fish regardless at least once.

Of the 69 percent who don’t regularly read the label, almost all (95%) admitted they didn’t know whether their fish was wild or farmed.

Overall, two thirds of respondents (64%) said they’d eat fish more regularly if it was easier to determine the capture method, origin and sustainability of their fish.

When it came to farmed fish, the main concerns among fish buyers were;

Food labelling issues and sourcing disclosure have shook consumer confidence in recent years, sparking calls for tighter regulation on global food marketing. Inaccurate labelling and so-called ‘fish fraud’ may also be contributing to a lack of trust in some seafood markets. According to a study conducted at the University of Oviedo in Spain in 2015, more than 30% hake products sold in Greece and Spain were actually cheaper substitutes sourced in Africa. The Food Safety Authority in Ireland found that nearly 20% of fish was incorrectly labelled.

Fish buyers indicated a preference for industrialised Western nations as providers of farmed fish. When asked which nation’s farmed fish they trusted most, the top five results were either European, North American or Australasian.

The most trusted providers*** of farmed fish were

“70 percent of our planet is ocean yet seafood and fish make up only 2% of the world’s food supply. On a global scale, almost 3 billion people rely on fish for animal protein and that demand is increasing, so the need for aquaculture as a compliment to fishing is obvious.

“But if consumers can’t buy with confidence and make choices based on their ethical concerns, we’re missing a big opportunity to keep fish as a sustainable and healthy source of food for billions around the world.”

* People who eat fish more than three times a month

** Stormline surveyed 1, 209 adults from around the world.

***Selected from list of 40 biggest providers of farmed fish, according to Food and Agriculture Organization of the United Nations, 2011 (latest figures available).