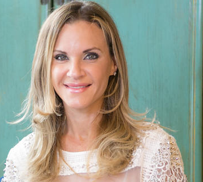 An analysis of the effects on global trade and the national economy of the expanded Panama Canal, by Veronica Vallarino*

At a reported 93% completion, the Panama Canal Expansion Project, the colossal mega-project whose construction has spurred an economic boon to the country, is expected to double the canal’s capacity by 2016 when the work is scheduled to open to world trade.  The wider locks will increase the route’s efficiency by cutting back on shipping time and allowing the transit of larger vessels, known as post-Panamax ships.

The race to accommodate larger sized ships, the original motivating factor for Panama’s new “big dig, ” has led to global shipping lines to seek alternatives to the Panama Canal in recent years.   Even climate change poses an added challenge to the Panamanian route’s competitiveness.   In the short term, the benefits of the $5.25 billion expansion project to the Panama economy are certain to be felt.  For the long term, though, predictions on Canal usage trends over the next generation are difficult to make. 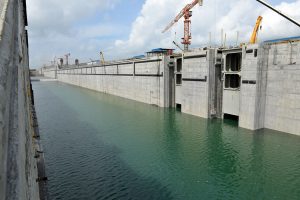 A view from the Agua Clara locks at Gatun on the Atlantic side entrance to the Panama Canal (Photo: Panama Canal Authority).

The growth in usage of the Panama Canal over the past decade has been almost entirely driven by increased U.S. imports from China en route to ports on the U.S. east and gulf coasts.    The expanded locks are expected to further increase the amount of U.S.-bound Asian products, but this flow of goods from China to the States may not continue to grow as projected now that Egypt has unveiled its new Suez Canal.  It not only allows larger ships than post-Panamax to transit, and with lower tolls, the route presents direct competition for Panama for the transportation of goods along the Asia-U.S. East Coast shipping lanes.

Liquefied Natural Gas (LNG) carriers are a particular focus because the newly expanded locks will be able to accommodate these ships, and the U.S. is poised to start exporting the commodity.  Transiting the Panama Canal will cut voyage times for LNG vessels shipping cargoes out of the U.S. Gulf. to Asia.  However, only six ships a day will be able to enter the locks of the Panama Canal in each direction, a factor that will restrict LNG ship traffic, which will have to compete for transit through the canal against other vessel types, including dry bulk carriers and containerships.

Another bottleneck outside of the locks that will slow Panama Canal traffic is the narrow Culebra Cut, which has a limited capacity for large ships to pass one another.  It is also known for high winds, which, some boat captains claim, may present a danger for larger sized vessels.

China’s push to build a canal through Nicaragua is spurred largely by that route’s ability to accommodate ships that surpass the scale of Panama’s expanded locks.  If successful, China may enjoy a temporary advantage in the sector of LNG shipments.  It will be a while before that route can present a threat to Panama.  Its construction is more likely to result in an environmental risk to Nicaragua in the short range, if it can be built at all.

The vessels that make use of the Panama Canal predominantly ship containerized cargo.  While the Suez Canal can handle larger-sized container ships than can transit through Panama, even after the expansion is completed, the competition that the Egyptian route poses to Panama is, as discussed, limited to routes that arrive from Asia to the U.S. east coast.    Though a large volume of Panama Canal traffic follows this route, there are other important shipping lanes that will grow as a result of the expanded locks, such as from the U.S. and Europe to South America, routes that are expected to triple in volume, post-expansion.

The growth of ancillary services to accommodate higher volumes of cargo is also having an affect on the Isthmus.  Port services are developed in Rodman and the Panama Canal Authority (ACP) has begun bid for tenders for a port in Corozal.   The ports terminals in Colon are expected to receive an injection of funds from the Panama government whose plan is to ready the Caribbean city for receiving major cruise lines.

The growth of the ancillary service sector will be needed to help mitigate the effect on the local economy when massive layoffs take place once the expansion project is completed.  ACP figures report some 30, 000 jobs generated due to the new locks’ construction.

Meanwhile, Egypt has emerged from three years of political unrest to strike major arms deals with both Russia and the U.S., which both have sights set on Egypt’s LNG resources and wish to exercise their influence on the flow of the global market of that commodity, now that oil is becoming scarcer and exploration for it continues into previously inaccessible regions of the deep sea shelf and in the Arctic.

Though undesirable, a war in the Middle East would potentially beneficial Panama Canal business, as it would push global trade this way.  But the vested interest of world powers will likely prevent such a calamity from affecting Egypt, despite recent unrest in the Sinai Peninsula from Muslim extremists.  In terms of global geopolitics, the biggest threats to the Panama Canal are an unforeseen U.S. economic downturn, or collapse, or a terrorist attack.

Also as unpredictable, climate change will continue to present a challenge to Panama’s expanded canal.   Already this year, El Nino has affected limits on ship draft due to drought conditions that have decreased Lake Gatun’s water levels on which the Canal depends to function.   According to the ACP, the maximum ship draft allowed through the canal will be cut to 11.89 meters (39 feet) from the usual 12 meters, restrictions due to take effect on September 8.  Further limits could be introduced on September 16 if weather conditions do not improve.  If the periods of drought are followed by increased rainfall, as some scientists fear, flooding of the works is possible.

Global warning can also open up previously un-navigable routes that would compete with Panama.  Melting sea ice may soon make summer transits of the Arctic possible, further diverting LNG volume away from Panama, though climate models show this reality is years from happening.

About 70% of the nearly 14, 000 vessels that pass through the Panama Canal every year are headed to the U.S.  It handles around 5% of the world’s total trade – in comparison to the roughly 7.5% that moves through Suez – and bills itself as the quickest and most efficient way to ship goods around the globe.   This is still true to some extent.  To remain so will be Panama’s ultimate strategic challenge as its newly expanded locks set the pace for global trade in the decades to come.

* Amongst other credentials and expertise, Ms Vallarino is an expert in Commercial Shipping  International Markets. She recommended and developed new markets for the shipping and commercial sector in Panama. Acted as a Head of the Consulate and Commercial office of Panama in London. Managed several activities including registration of ships under Panama Flag. Collaboratively worked with the ministry in the follow-up and implementation of treaties. Managed a Dossier of 150 investment business projects. Actively participated with the team in performing analysis of key economic and political issues. Accountable for performing market research and presentations to identify key opportunities for the Panamanian industrial sector in European Markets.