The Shipping Markets downfall: end game or ….what? 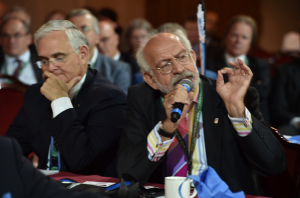 Our thirty-seventh weekly recapitulation of the shipping markets, their respective main indices and world geopolitics affecting same in 2015 and beyond, tonight Friday the 11th of September 2015, with John Faraclas of AllAboutShipping in London.

We continue to invite the world visiting Greece and its Islands; that will counter as a plus to the troubles Greece and its people are going through. The Turkish Government by allowing the traffickers to move the migrants to  the Greek Islands not only spoil Greece’s tourism but will eventually create the worst explosion in the East Med… Otherwise, do try Cape Town in South Africa and combine it with a safari a bit more north…

Viewers can log on herebelow and listen to the live video: