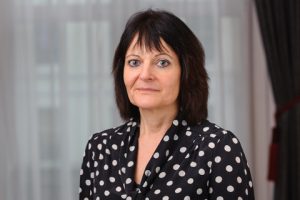 The International Marine Contractors Association (IMCA) has published a variety of guides, templates and discussion documents aimed at raising awareness on contracting issues, promoting discussion and providing tools that may be useful for its contractor members, their clients and sub-contractors, the latest is the series is ‘IMCA Renewables Contracting Principles’ which can be downloaded from the Safety and Legislation section of the IMCA website at www.imca-int.com.

“Each of our Contracting Principles’ documents (of which there are now five in addition to a discussion document and other associated documentation) is published as an aide to clients and contractors alongside their in-house standard contracts and other industry publications, ” explains IMCA Technical Director and Acting Chief Executive, Jane Bugler.

“As the international trade association representing offshore, marine and underwater engineering companies (over a thousand member companies in more than 60 countries) we have several roles, but view a key one as promoting dialogue amongst the various companies, both clients and contractors, for the benefit of the whole industry.

“Whilst the ‘IMCA General Contracting Principles’ could be applied to this new sector, a number of issues in the renewables sector differ from general offshore activities and it was felt that these needed to be addressed in the contracts made.

“In our newly published document, IMCA presents the Renewables Contracting Principles, which are to a large extent similar to the other contracting principles published and are also based on the FAIR acronym:

Jane Bugler adds: “The Principles are not intended to represent a complete analysis of all risks which are covered by contracts in the offshore renewables industry. In general, they reflect well established industry custom and practice of addressing certain risks such as the knock for knock indemnity regime.

The history of IMCA’s contracting principles documents
Offshore construction is an industry that cannot be compared with other types of construction. Those involved in marine construction, in particular in offshore locations, will all agree.

It is a known fact that contracts require certain conditions that are uncommon to onshore construction contracts; e.g. an equitable balance of risk and reward mechanism can avoid adversity and disputes, but most of all, is in the interest of control of progress and cost control.

A variety of initiatives have been undertaken to address this issue. In February 2005, IMCA published a discussion document to help to: promote dialogue and encourage equitable solutions for both contracting parties; improve clarity and efficiency; and, to avoid duplication and save money, and the first of the ‘Contracting Principles’ documents was published in 2011.

Service contracting is a high risk activity and risk exposure can be very large and bear no relationship to Contract value. Insurance companies and financial institutions have become more risk aware and as a result insurance has become more restrictive and expensive and clients are attempting to transfer increasing levels of risk to contractors.