Keynotes in the musical history of Hungary… 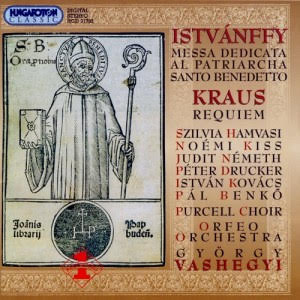 Keynotes in the musical history of Hungary, a cornucopia of major and minor composers

One of the most gifted composers of the 18th century is undergoing a revival in his native Hungary after a long period of neglect.

Benedek Istvánffy (1733-1778) has been described as the only Hungarian match for his contemporaries in other countries in late Baroque musical composition. He is now being added to the panoply of musical geniuses with strong Hungarian connections.

A recording of one of Istvánffy’s choral masterpieces by an amateur choir in Debrecen, Hungary’s second city, has cheered his champions, who are few when compared to the following enjoyed by Haydn, Liszt, Brahms and other towering figures with Hungarian connections. The disc adds to a couple of earlier Istvánffy recordings by Hungarian and international artists.

Little has been written about Benedek Istvánffy in English, apart from an entry in Grove Music Online. His oeuvre was brought to the attention of students of Hungarian art and culture during a recent course at Debrecen University Summer School led by Dr István Rácz of the Department of British Studies, Institute of English and American Studies.

There are recordings on the Hungaroton label of Istvánffy’s  Messa Dedicata al Patriarcha Santo Benedetto.Artists on that disc, which has as a coupling the Requiem by Joseph Martin Kraus, include the Purcell Choir and Orfeo Orchestra. Kraus (1756–1792) was a German composer who lived in Sweden and toured Europe, writing a symphony for Joseph Haydn to play at Esterháza, the “Hungarian Versailles” built by Prince Nikolaus Esterhazy.

A Wikipedia entry which acknowledges as source the book Farkas Zoltán: Istvánffy Benedek, (Mágus, Budapest 1999), says that Istvánffy was born in Szentmárton (now Pannonhalma) in the west of Hungary, and that it is most unlikely that the 12 currently known compositions was the total of his work.

It notes the Influence on Istvánffy of Gregor Joseph Werner who was from 1728 until 1766 Kapellmeister at the Esterházy Castle in Eisenstadt, and who was succeeded there by Joseph Haydn as vice-Kapellmeister.

Farkas says that Empress Maria Theresa commissioned from Istvánffy cantatas for a cathedral procession and subsequent celebratory Mass.  Some of his works represented the most modern musical language of the era, and others the impact of contemporary orchestral music in Italy.

Moving into consideration of the Classical period, the Debrecen summer students learnt of the Hungarian connections of the prolific Joseph Haydn (1732–1809) whose employer, Prince Nikolaus Esterhazy, was known for his love of spectacular celebrations. Haydn had to compose a new piece of music for each great occasion. He wrote 107 symphonies, 83 string quartets, 45 piano trios, 62 piano sonatas, 14 masses and 26 operas, among his many scores. After the death in 1790 of Nikolaus Esterházy, Haydn’s patron since 1762, the new Crown Prince Anton showed little interest in music, and Haydn moved to Vienna, later accepting an invitation to visit England (1791-1792), where he was lionised.

After Prince Anton died in 1795, his successor Nikolaus II asked Haydn to return to the grand Rococo palace of Esterháza. Nikolaus commissioned Haydn to compose a new setting of the mass every year, and it was for the prince’s orchestra that Haydn wrote most of his symphonies. He conducted up to 100 performances a year of his own operas and those of other composers.

Michael Haydn (1737-1806), the younger brother of Joseph, was born in the Austrian village of Rohrau near the Hungarian border. Shortly after leaving choir school, Michael was appointed Kapellmeister at Großwardein (today Oradea, a city in Western Romania, and known in Hungarian as Nagyvárad), not far from Debrecen, close to the current border between Hungary and Romania.

In 1762, Michael Haydn was appointed Kapellmeister at Salzburg, an office he held for 43 years, during which he wrote more than 360 compositions for the church and much instrumental music. He was a close friend of Wolfgang Amadeus Mozart and teacher of Carl Maria von Weber.

Joseph Haydn too was a friend of Mozart and taught Ludwig van Beethoven (1770-1827). Hungarian music had some influence both on Haydn (one of his best known works of the genre, Piano Trio No 39 in G major, written in 1795, is sometimes nicknamed the Gypsy Rondo trio because of its Rondo a l’Ongarese  finale in ‘Hungarian’ style.

Hungary may hold the key to a Beethoven mystery. When in May 1799, Beethoven taught piano to the daughters of Countess Anna Brunsvik of Hungary, he fell in love with the younger daughter Josephine, who may be the addressee of his 1812 letter to the Immortal Beloved.

Beethoven’s Rondo alla ingharese quasi un capriccio in G major, (Rondo in the Hungarian [i.e. Gypsy] style, almost a caprice), is better known by the title Rage Over a Lost Penny, Vented in a Caprice.  The wordingharese seems to have been an invention of the composer, a mixture of alla zingarese (in the Gypsy style) and all’ongarese (in the Hungarian style). 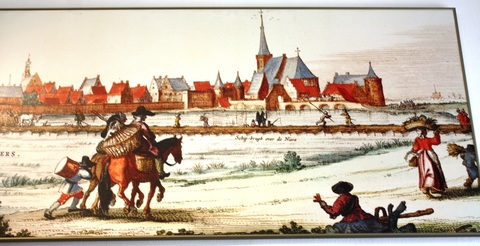 Hungarian influence continued to stretch, in Romanticism, beyond the (at the time) extensive borders of the country. Dr Rácz cited Hungarian rhythms in works by composers including Tchaikovsky.

The most famous practitioner of this tendency is Johannes Brahms (1833-1897), who had among his close friends outstanding Hungarian musicians. His Hungarian Dances are 21 lively tunes, completed in 1869, based on popular songs. In those days, the music of Gypsy bands was described as Hungarian music. (Later, composer and pedagogue Zoltán Kodály established that Hungarian folk music was something different).

Charlie Chaplin used Hungarian Dance No 5 in the film The Great Dictator, a 1940 satirical comedy. Chaplin’s character, a barber, shaves a customer to the music of the Brahms piece.

In Hungary itself, the musical thread continued triumphantly by way of Ferenc (Franz) Liszt (1811-86). Liszt had a Hungarian father, who was in Joseph Haydn’s orchestra at the palace of Prince Nikolaus II Esterházy, and his mother was Austrian. Liszt did not speak Hungarian, but could understand it, and his music is considered to be typically Hungarian, particularly his rhapsodies.

The Hungarian Rhapsodies consist of 19 piano pieces based on Hungarian folk themes, composed during 1846–1853, and in 1882 and 1885. In their piano form, they are noted for their difficulty. Liszt arranged versions for orchestra, piano duet and piano trio.  Hungarian Rhapsody No 2 is particularly famous, and No 10 and No 6 are also well known. 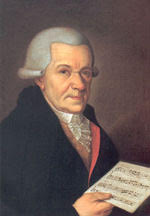 Liszt used themes he had heard in his native western Hungary and which he believed to be folk music, though many were tunes composed to be played by Gypsy bands, and influenced by the verbunkos, a recruiting dance for the army in the 18th and 19th centuries.

Rhapsody is an overflowing of emotions, something that clearly suited the temperament of Liszt. Liszt liked the inspiration of literature, especially poems that were heartfelt. A typical feature of Romanticism was that it blurred the borderline between the arts. Liszt composed only two symphonies, but wrote 13 so-called symphonic poems (programmatic orchestral works that generally consist of a single movement), some based on Greek myths – Prometheus and Orpheus.

One of the symphonies is called Faust, mainly a reflection of Goethe’s Faust and the Faust legend in European culture, and the other is named Dante. They share the same aesthetic stance as the symphonic poems, and are multi-movement works that employ a chorus. Of Liszt’s two sonatas, one is the Dante sonata, and the other is without a name, although it is inspired by the Faust legend.

Dr Rácz made special mention of Ferenc Erkel (1810-1893) who was founder of the Hungarian National Opera and composed more than 10 operas, two of which are often heard today. He also composed the music of Himnusz, the national anthem of Hungary, to words by Ferenc Kölcsey (1790-1838). 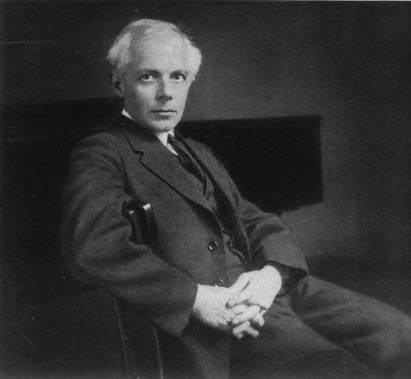 The most famous and popular opera by Erkel is Bánk bán (Count Bánk) which is often thought of as the national opera of Hungary. Based on a play written early in the 19th century, and set in the 12th   to early 13thcentury, the three-act drama tells of the rebellion of noblemen against the cruel German Queen of Hungary. It is based on the assassination of Queen Gertrúd in 1213. The play became the symbol of Hungarian aspirations for independence. Bánk bán ‘s stirring patriotism has been compared to the sentiment of Verdi’s operas. Erkel still used in Bánk bán the kind of music that we can hear in Liszt: the verbunkos tradition lingered on. There is, however, one scene in which he used the folk tune element that was to be explored by Béla Bartók and Zoltán Kodály in the 20th century.

Bartók (1881-1945) and Kodály (1882-1967) became friends at the Hungarian Academy of Music. They understood that Hungarian music was not the same as Gypsy music, and in the early years of the 20thcentury made their way to villages all over Hungary to collect folk songs. In the 19th century some of the songs had been collected by other people, but without the music – and the two composers were helped enormously by the new invention, the phonograph. Bartók was one of the three most outstanding innovators of music of the epoch, with Stravinsky and Schoenberg.

Besides a string of compositions, Kodály is known as the creator of the Kodály Method of teaching music, particularly vocal music. His choral works are all in Hungarian, and his Evening Song (Esti Dal) has been performed by the King’s Singers, among many leading choirs.

In the modern era, one of the most significant works has been a rock opera István, a király (Stephen, the King) with music by Levente Szörényi and lyrics by János Bródy, about the life of Saint Stephen of Hungary. It was based on the play Ezredforduló (Turn of the Millennium) by Miklós Boldizsár, who co-wrote the libretto. 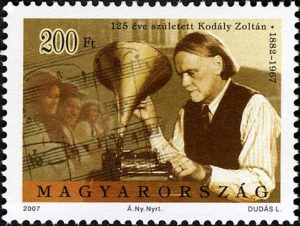 It had immense political significance, as a symbol of the 1980s yearning for a change of regime. The musical immediately became a smash hit, and remains popular in Hungary and among Hungarian speakers in neighbouring countries. The opera was first performed in 1983 on an open-air stage in Budapest, was made into a film a year later, and the music was released on record.

Stephen was the first King of Hungary but had to fight for his throne against a member of his family, Duke Koppány. The opera thus drew parallels with the song of political prisoners in Beethoven’s opera Fidelio, and the later transformation by Leonard Bernstein of the words of Ode to Joy into Ode to Freedom in the final movement of Beethoven’s Ninth Symphony performed at the official concert celebrating the fall of the Berlin Wall in 1989.

István, a király is often heard on Hungarian national day,  August 20. King Stephen was born on that day and crowned as King of Hungary, probably on Christmas Day 1000.