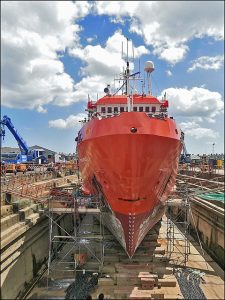 The business operates a 76.5m x 14.5m dry dock and a 70m layby berth strategically located on the East Anglian coast in the ABP owned and operated Port of Lowestoft.

This transaction represents the first acquisition post RJD Partners investment in Burgess Marine in January of this year.

Financial details of the transaction were undisclosed.

Small & Co employs about 50 full time staff and is a major marine engineering force in the ship repair industry not only in the North Sea and East Anglia, but also further afield across the Thames Estuary and the East Coast.

Nicholas Warren, the managing director of Burgess Marine, said: “We’ve been working on this transaction for many, many months and it’s great to finally get it across the line. 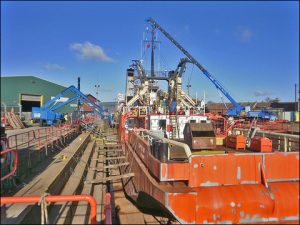 “Whilst on paper this is an acquisition it is in all reality a merger.

“We’re going to integrate the Smalls team into the Burgess team, and we’re taking the best bits of both businesses.

“Moreover this is a major strategic step in creating the UK’s first national ship repair network. 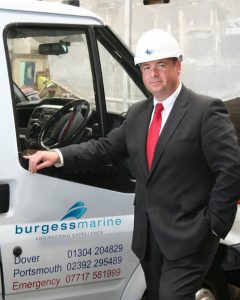 He added: “I’m personally both proud and honoured to be working with Paul Kirby and Paul Harper, and their team in Lowestoft.

“The business is fantastic, well-run, well established and we can’t wait to get started.”

Both Paul and Paul will be staying within the Burgess Marine Lowestoft business for the foreseeable future.

Paul Kirby, the joint managing director of Small & Co, said: “By merging with Burgess Marine we’re not only protecting the business that we’ve work tirelessly to create we’ve gone a long way in securing the jobs and the future prosperity of the team that we’ve built up.

“This merger is good for both the business and the town.”

Paul Harper, joint managing director of Small & Co, added: “By working with Burgess Marine we’re keen to bring more ships into the port and bring more work into the yard. It’s been busy and it’s going to get busier.”

ABP director for short sea ports Andrew Harston said: “We look forward to working with Burgess Marine as they merge with Small & Co Marine Engineering, who have been a long-time tenant at the Port of Lowestoft.

“Their investment is a vote of confidence in the town and by providing the company with a long-term lease, it reaffirms our commitment to our customers, the future of the port and the community of Lowestoft”.

He added: “ABP is dedicated to keeping Britain trading, and with Burgess Marine’s commitment to creating the first national ship repair network, it is just one of the ways we are achieving this with our East Anglian ports”.