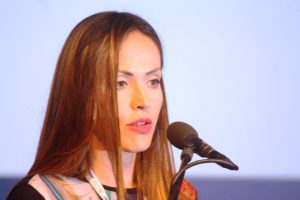 A European Union co-operation group will meet shortly to finalise guidelines for what is hoped to be a more effective way of dealing with stricken ships in need of a place of refuge.

The guidelines are due to be confirmed by the end of 2015, after which there is expected to be a public event early in 2016 organised by European Parliament to present the work. This may well be followed by a presentation to the maritime safety committee of the International Maritime Organization.

The aim is to secure a clear basis of action covering all operational stages of an incident that may lead to a ship requiring assistance.

Dr Lemonia Tsaroucha, policy officer at the European Commission, DG MOVE – Unit for Maritime Safety, gave an encouraging progress report on steps towards a more harmonious approach to the places of refuge issue when she addressed the International Union of Marine Insurance during its 2015 conference in Berlin.

She reminded delegates that the issue of accommodating ships in distress has grown in importance in the EU agenda since the incident involving the MSC Flaminia in 2012. This led to the setting up of an EU cooperation group on places of refuge for ships in need of assistance.

A relatively new ship, the 6, 732 teu MSC Flaminia suffered an explosion and fire in mid-Atlantic that killed three crew members, and it was eight weeks before permission was granted by any nation for refuge, with Wilhelmshaven eventually agreeing to accept the casualty.

Dr Tsaroucha said that the EU talks had seen an emphasis on cooperation and information-sharing by coastal states and industry, with particular attention to the system supervised by the UK Secretary of State’s Representative (known as Sosrep). It was agreed that there was no need for additional legislation, and the focus should be on implementation of existing law.

There had been two ‘table-top exercises’ (in Rotterdam in 2013, and in Malta in 2015) where the draft operational guidelines were tested. It was clear from the Rotterdam exercise that there was a need to enhance cooperation among authorities, a need to change attitudes towards ships in distress, and the need for a user-friendly manual – drafted with a real incident scenario in mind – of existing rules.

“This has been as much about implementation as it has been about changing attitudes, ” said Dr Tsaroucha. “What we are trying to build is trust, and a system and network where cooperation works.”

She was pleased that member states had agreed to share the burden in relevant casualties by designating one state to take a lead, and then co-ordinating efforts. “We are pushing for a position that there should be no rejection of a request [for refuge] without an assessment of the incident. When you do refuse, you have to justify and list the reasons, and the guidelines have identified some key areas that could be reasons for refusing a request. The theory behind that is to encourage assessment.”

She referred to relevant work in similar areas (for example hazardous materials).

The ‘table top’ exercise in Valletta on September 1 was well attended, with a wide participation of representatives of member states and industry, said the Commission official. “There were useful recommendations to fine-tune the text.”

Dr Tsaroucha said that further work was planned by the EU cooperation group in relation to mega-ships, financial security and compensation.

Earlier, in the IUMI ocean hull committee session, Leendert Muller, president of the International Salvage Union, spoke of instances of “unacceptable behaviour” by some coastal states in refusing to accept a casualty. Such failures could prevent successful salvage and lead to pollution over a wide area.

Mr Muller, who is managing director of Multraship Salvage & Towage, said that the ISU did not see the value of pushing for more international legislation, “but we have to keep the pressure on coastal states for more application of existing rules and guidelines. Coastal states should establish an authority to assess each case on its merits, without political interference. There should be no rejection without inspection, ” and he said that there should be “single command and control modes, like in the UK.”

The ISU president urged underwriters and the industry more widely to recognise the value of the Lloyd’s Open Form contract, under which $1.2bn worth of property – ships and cargo – was salved in 2014.  Despite its great benefits, the LOF was being used less frequently, either because of improved communications or the willingness to work on other terms, or misplaced fears it might be costly.

One of the advantages of the LOF contract was that it could be quickly agreed verbally, and “the ISU believes strongly it is a fair contract with a salvage award based on the value of the property salved. The majority of these cases are settled amicably.  If they are not, there is a fair arbitration basis.”

Mr Mulller said: “We are working together with Lloyd’s to promote its benefits and communicate its use to underwriters and others, ” although he admitted there were cases where commercial contracts were more appropriate.

BIO-UV wins a new contract with the STX France shipyards