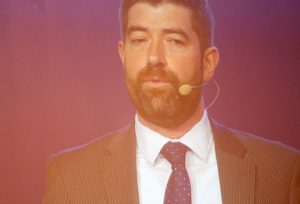 Root cause investigations could help reduce the soaring cost of machinery damage incidents on ships, a top marine engineer has told the International Union of Marine Insurance.

Full investigations could benefit not only the insurer, but the industry as a whole.

The New York-based survey expert said that the main engine on a large container vessel might be up to 80, 000 Kw, be four storeys high and have an installed cost of between $20m and $50m.  Such engines had to be extremely robust. Main engine problems were making up half of the cost of all machinery casualties every year.

Mr Walker cited the $28m cost of an engine room fire on a cruiseship, the type of ship where the machinery space is quite compact, and may feature a lot of automation. 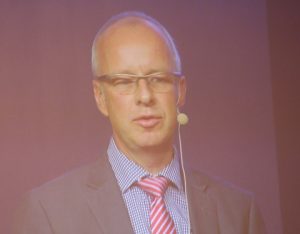 On top of this, there has been concern over fuel-related claims for several years.

Mr Walker said: “As vessels get older, some owners are moving them out of IACS (members of the International Association of Classification Societies) to a non-IACS society, to save money in classification fees.”

As to large containerships, each might have only three or four technical staff on board. They may have outside assistance, but they still have to be able to fix things when on deep sea voyages.

Mr Walker asserted that the majority of casualties result from a failure to apply well documented “best practices.”

He added: “Developing a safety culture is obviously an investment.” When Vancouver-based BC Ferries implemented a “safety culture” plan, the company’s annual insurance claims dropped from $3.5m to $800, 000.  Serious injuries were reduced by 60%, there were fewer machinery failures, profits rose and ferry on-time performance went up.

Speaking at the same IUMI loss prevention session during the association’s 2015 conference in Berlin, was Martin Hernqvist, managing director of the Swedish Club Academy, a training and safety offshoot of the Swedish Club, Mr Hernqvist quoted from the club’s study based on hull and machinery claims over the period 2004-2013. Half of the cost related to navigational claims encompassing collision, contact and grounding.

While no firm conclusions could be drawn in relation to the presence of pilots, “We estimate that, on average, about one out of 10 ships using pilots report a navigational insurance claim with the pilot on board every year.

“What would it have been if the pilot was not on board? The pilot is on board in difficult waters, and there are a lot of things to collide with in ports and harbours, so maybe we would have had double the incidents, maybe six times the incidents – we don’t know.

The findings of the research were that frequency of navigational claims had not improved. The causes were primarily related to human factors: procedures ignored lack of communication, poor situation awareness, complacency. Maritime resource management training was needed for bridge teams, pilots and vessel traffic services. “We focus on knowledge and skills, but we forget about attitudes, ” said Mr Hernqvist. “We have procedures, they are not used. Someone might know a mistake was being made but could be silent in front of a ‘tiger captain.’

“People put a lot of expensive equipment on board, but the most effective way is to make sure people work better together, and that costs nothing” the Swedish Club official said.

“Only a very strong and clear organisational culture, where people know what is expected from them, can override the difficulties rooted in national and professional culture. We need to go outside and beyond the STCW (International Convention on Standards of Training, Certification and Watchkeeping for Seafarers) requirements that focus on technical training, to make progress.”