Iran is open for business with Davies Turner 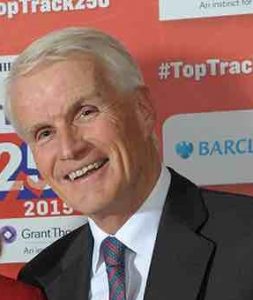 If present progress is maintained, the historic deal between Iran and the powers representing the international community on Teheran’s nuclear programme could see the unfreezing of overseas assets and the ending of most international sanctions on Iran as early as next spring.

The ending of the sanctions is set to unleash the country’s commercial instincts and boost Anglo-Iranian trade.

Davies Turner, the UK’s leading independent freight forwarder and logistics expert, is already on the ground to help Iranian business reconnect to the world of international trade.

The company is keen to build on its long-established presence in Iran, having served British, North American and European exporters to this important market for over 60 years. To support its customers the Group has also maintained unbroken its own representative office in the country for almost half a century.

Davies Turner Group Chairman Philip Stephenson says: “The key to steady and continuous business development in Iran is very much the personal touch. The market knows us and trusts us. We have been in the country for five decades. Much of the business is controlled at destination in Iran where we have our own office, co-operating with a strong local partner for the benefit of our loyal customer base.”

With the thawing of business and diplomatic relations and relaxation of sanctions, analysts are pointing to the potential for unlocking billions of dollars of trade deals to repair the country’s industrial and economic infrastructure. Much else beside the oil and gas industry needs repair, development and maintenance so there is great potential for high-tech manufacturers, telecoms companies and automotive products.

Mr Stephenson says: “There is considerable pent-up demand from consumers and businesses for imported products. At the same time, Iranian exporters will work to recapture lost international markets. Our long established customer base will reassure clients old and new and encourage them to entrust us with their traffic.

“We anticipate that there could be great opportunities even in the aerospace field as well as in consumer and retail markets.  Despite the long-lasting sanctions, people in Iran still have money to spend. Overland services to the country benefit from the good roads there and as a multimodal forwarder we also offer ocean and air cargo services.

“There is a great appreciation that we kept out Tehran office open even in the most difficult years. Working in careful compliance with HMRC and international law, Davies Turner kept freight links between the two countries active and profitable.  Now that normal relations look set to return, we are well poised to help British and Iranian businesses re-connect.”

One of the many examples of Anglo-Iranian links serviced by Davies Turner is the forwarder’s well-regarded support for exhibitors in the Tehran International Book Fair (TIBF), long known as one of the most important publishing events in Asia and the Middle East.  Since its inception in 1987 Davies Turner has transported publishers’ books to the Fair from countries across the globe and plans are already in place to support TIBF 29 in May 2016.