Tourism expert calls at World Travel Market 2015 for Europe to get a grip on refugee crisis,  By James Brewer

Europe needs to react more coherently to the refugee crisis and take responsibility for ensuring it does not spiral further. Governments, airlines, hotels, Tripadvisor – “we need everybody to pull together, ” said leading tourism analyst Caroline Bremner during the opening press conference of World Travel Market 2015 in London.

Ms Bremner, head of travel and tourism research at Euromonitor, declared: “Germany is saying one thing, Hungary another, so there is no concerted response.” She underlined the importance of involving Tripadvisor, which describes itself as the world’s largest travel site, with 250m reviews.

She said that Greece has had to date a really strong increase in tourist numbers of 20% year-on-year. She cautioned that the good performance took into account people who had already booked their holidays before the refugee influx to Greek islands had come to wider public attention.

Refugees from Syria and others from Bangladesh, Afghanistan and Pakistan continue to arrive in the northern Aegean and Dodecanese. Ms Bremner said that some airlines have been giving larger luggage allowances so that holidaymakers can take humanitarian gifts to the refugees.

According to the World Travel Market 2015 Industry Report, one in three UK holidaymakers were concerned about the insecurity perceived as coming with migration.

One of the big topics for the industry report was that of emerging popular destinations.

China looks set to take off as a tourism destination and expand as a UK inbound market in 2016.

More than half of UK holidaymakers surveyed expressed interest in visiting China, making it the most popular long-haul destination. Some 18% said that they were very interested in taking such a trip.

More than 570, 000 British nationals visit China each year, but growing interest coupled with new diplomatic and marketing partnerships, supported by the warm relationship between President Xi Jinping and the UK government on his recent visit to Britain, look set to boost the number, said the report. Ms Bremner saw this as more of a long-term trend, however, saying that the boost “is not going to come overnight.” She said that China – which has 2bn domestic trips a year – already has the tourist infrastructure, “and it is about getting its name out in the market.” 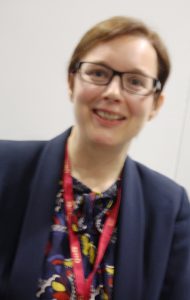 Mexico is involved in a big promotion of a ‘Dual Year’ with the UK involving cultural exchanges. The Central American country is the second most popular long-haul destination, with some 14% of UK holidaymakers said to be very interested in visiting. Its exposure to a worldwide audience is being increased by the release of the new James Bond film Spectre, scenes of which were shot in Mexico City.

Restoration of diplomatic relations between Iran and Britain could lead to more visits from UK holidaymakers.  Iran boasts more Unesco world heritage sites than anywhere else in the Middle East – and, less well known, it has 19 ski resorts. The largest delegation to date of Iranian private and public sector interests is attending the World Travel Market in 2015. One in six UK holidaymakers is expressing interest in visiting Iran “which is a significant percentage for a country that has been off the tourism map for so long, ” said the report.

One in three travel industry executives expects to do more business in Iran in 2016.

There is general anxiety about holiday travel, with four out of 10 people saying they can never relax while abroad, following the Tunisian beach massacre earlier in 2015.  Turkey in particular is said to have been impacted by what has happened in the Middle East.

Some destinations have “too many” tourists, the press conference heard.  Barcelona is planning to introduce a cap on the number of tourists entering the city.  In April, authorities announced that groups of more than 15 people would not be allowed into the La Boqueria market on the pedestrian stretch La Rambla. Venice, Berlin and Paris are among other cities that may want to restrain visitor numbers. Even Innsbruck is worried, as it has become a major arrival point for day trips to Venice.  Asked how a cap could be imposed, Harold Goodwin, professor of responsible tourism at Manchester Metropolitan University, said: “One of the ways is not to build hotels.”