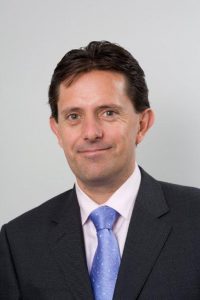 Mergers and acquisitions in the global insurance market will continue at brisk pace, and may even accelerate, Moody’s Investors Service has forecast in a new report.

Since the beginning of 2015, a total of 15 significant deals have chalked up a total value of some $250bn.

The ratings agency said that insurance M&A globally is at its highest level for many years, and the trend was likely to continue.

Acquirers in China and Japan in particular view the insurance sector as a way to diversify through the economic cycle and as providing them with a funds-rich vehicle from which to invest. Asian buyers are being strongly attracted to expand beyond their domestic markets.

The Moody’s team of senior analysts spelled out their findings to around 100 executives from insurance, finance and banking at the agency’s 2015 London conference covering its Europe, Middle East and Africa region.

Simon Harris, managing director at Moody’s Global Insurance group, said that one of the drivers for mergers was the funding cost – it was very cheap to issue debt. Insurance debt accessibility was “the highest it has been for many years.” Weak global economics too would play a part, with G20 economies’ gross domestic product continuing to be well below the pre-financial crisis level.

Some of the higher-profile combinations in 2015 have included: health insurers Anthem and Cigna; reinsurers XL and Catlin; commercial and property and casualty insurers Ace proposing a $28.3bn takeover of Chubb; and Hong Kong-based Fosun acquiring specialty insurer Ironshore. Biggest deal was Anthem CIGNA Jul-15 $54bn, spurred, said Moody’s, by significant regulatory change in the US healthcare system. Mitsui Sumitomo has lined up a $5.5m takeover of Amlin. Moody’s identified excess capacity in the reinsurance industry as the driver for the XL Catlin $4.1bn tie-up.

Insurance company deal activity was not confined to one particular market or region. Although the majority of activity by deal size has related to ‘mega-deals’ in the US healthcare market, there has also been significant deal activity within the European Union, between the EU and the US, and between Asia and the US and EU.

Mr Harris said that many insurance sectors globally, with the notable exception of China, remained challenged by the combination of weak economic growth and historically low interest rates, which represented a particularly painful scenario for life insurers. In addition, the low yield environment continued to force ‘non-insurance’ capital into the global reinsurance industry, damaging the business prospects and recurring profitability of many traditional global reinsurance players.

The net effect was that many insurance groups worldwide increasingly recognise the need to achieve higher scale or greater efficiency to accommodate a scenario of excess industry capacity, or to help manage the damaging impacts of a low-return investment environment for life insurers. “We believe this has led many insurers or other financial institutions to consider disposals or mergers that in many cases present ‘once in a lifetime’ opportunities for groups with the financial capacity to make acquisitions in the current climate.”

Antonello Aquino, associate managing director at Moody’s, said there was particular interest from Asian buyers who were seeking to diversify into other lines of finance, and insurance was one of those. The Chinese were helped in having a very strong currency to finance acquisitions.

On the implications for ratings, Mr Harris said: “M&A is often credit negative [in terms of capital and balance sheet assessment] for the acquirer, although recent deals have led to a more mixed credit response, with the long-term benefits of franchise-changing deals often being significant.”

Mr Harris added: “We expect M&A to halt only if interest rates rise significantly, or equity markets fall dramatically – although even the latter reduces sales prices. We expect that interest rates will remain at historically low levels globally and that debt-funded M&A will remain attractive for some years.”

Moody’s said that excess capital in the reinsurance field showed no sign of abating. Reserve releases and benign catastrophe conditions had obscured the extent of deterioration in earnings. There was a widening gap between ‘top tier’ reinsurers and those in the lower tier. “Companies in the top tier are best placed to defence their position, ” as industry returns were likely to approach or fall below the cost of capital in 2015-16.

Although there have been complaints in the insurance sector about the stringency of regulatory demands, Mr Harris said that regulation was much less pervasive than in banking. The Solvency II regime was seen by Moody’s as credit-positive in asking companies to have more capital and better regulation. “We do not see companies having to raise capital as a consequence, ” he said, but “wild cards” remained relating to approval of financial models, volatility and discloser. “Solvency II is a market-based system, and the results will be volatile, said Mr Harris. Although Solvency II will come into force in January 2016, insurance industry lobbying has won a 16-year transition period.

The peak in global mergers and acquisitions volume in insurance is in sharp contrast to the picture in global banking where it is well short of the peak – in banking there has been pressure since the 2007-08 financial crisis for disposal of assets.

Moody’s summarised: “Our base case scenario is for M&A to continue, given a) the still-fragmented insurance industries in many countries; b) continued attractive economic fundamentals in many regions (low interest rates and funding costs and forced sellers); c) the international growth aspirations of many buyers.”