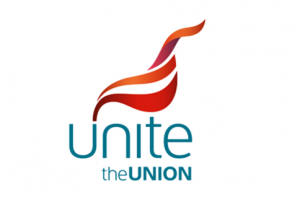 Bus drivers, engineers and technicians employed by Cardiff City Transport Ltd have won their battle for fair pay after four days of strike action, and have warmly thanked the ITF affiliates who supported them.

12/11/2015 – ITF affiliated unions from 15 countries, including Togo, India, Norway and north America, responded to the ITF’s call for solidarity action on 1 September for the Cardiff bus workers, to build international pressure.

Alan McCarthy, Unite regional industrial organiser, forwarded to the ITF a letter of thanks from members of Unite’s branch b/1083. It reported that the company had tabled a greatly improved offer, which was accepted by 94 percent in a final ballot.

The Unite members wrote: ‘The letters of support that we have received throughout this dispute made a real difference to our members. Knowing that brothers and sisters from trade unions across the globe were aware and communicating about this dispute added to the confidence on the picket lines and protest marches, and for that we are forever grateful.’

ITF inland transport secretary Mac Urata added that the ITF was proud to support Unite and its members and congratulated them on this victory.

Over 83 percent of the company’s employees who were balloted voted to participate in 10 one-day strikes over a seven-week period from 2 September. The action threatened travel chaos and Cardiff match disruptions during the Rugby World Cup.