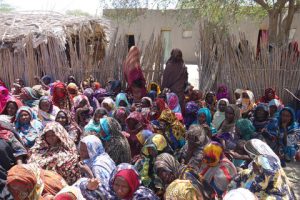 6 December 2015 – Following the triple suicide attacks carried out on the island of Koulfoua on the Chadian side of Lake Chad yesterday, which left more than 30 dead and many more injured, the United Nations Secretary-General, Ban Ki-moon condemned the brutal attacks stating that these “despicable acts demonstrate yet again the brutality of Boko Haram”.

In a statement issued by Mr. Ban’s spokesperson, the UN chief reiterated his call for the countries affected by Boko Haram to address the root causes of this scourge in a holistic and integrated manner.

Mr. Ban extended his condolences to the families of the deceased and wished a speedy recovery to the injured.

“The Secretary-General reaffirms his solidarity with the people of Chad and reiterates the United Nations’ support for the Government in its fight against terrorism, which must be conducted in full respect of international human rights, humanitarian and refugee law, ” the statement concluded.