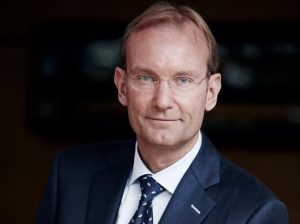 Niels Smedegaard, President and CEO of DFDS, has been elected as the new President of the European Community Shipowners’ Associations, with Mr Panagiotis Laskaridis, founder and CEO of Laskaridis Shipping, as Vice-President. Mr. Smedegaard, whose term starts in January 2016, replaces Thomas Rehder who has been at the helm of ECSA since December 2013.

“Building on the excellent work of my predecessor, my focus as the new ECSA President will be on highlighting the importance of shipping and that we, as industry, become even more proactive in finding solutions to the challenges that lie ahead. The review of the EU shipping policy in 2017 is high on my agenda and I am positive that improved dialogue with all relevant stakeholders will lead to the needed progress in a variety of policy issues” commented Mr Smedegaard.

ECSA members warmly thanked outgoing President Thomas Rehder for his contribution during these increasingly challenging times for the shipping industry. 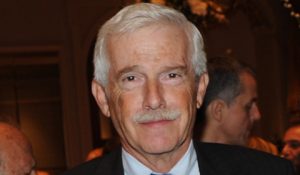 Mr Rehder said: “The last 2 years have been an extremely interesting and thought-provoking period during which we have helmed the ECSA boat through heavy seas. I leave ECSA in my successor’s capable hands and am absolutely convinced that the new President will be successful in defending the interests of our industry.”

NEXT Biometrics to be transferred to Oslo Børs