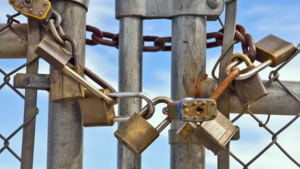 The order introduced the following temporary measures on the territory of Russia:

The Government was also given instructions to take measures to introduce a ban on charter flights between Russia and Turkey; to enhance control over the activity of Turkish tracking companies on the Russian territory to ensure security; to enhance port controls and monitoring of the transportation safety in the waters of the Russian ports on the Black and Azov seas.

The Executive Order comes into effect on the day of its official publication and remains in effect until the special economic and other measures established thereunder are cancelled.

On 1 December the Government approved a resolution on Measures to implement the President’s Executive Order, on Measures to Ensure the National Security of the Russian Federation against Criminal and Other Unlawful Acts and the Application of Special Economic Measures in Relation to the Republic of Turkey.

The resolution approved a list of agricultural produce, raw materials and food products originating from the Republic of Turkey, the import of which into the Russian Federation is banned from 1 January 2016.

The Ministry of Transport was instructed to introduce a ban, from 1 December 2015, on charter air flights between Russia and Turkey except for special flights for the repatriation of tourists in Turkey.

The resolution suspended the negotiation process for the bilateral Agreement on Trade in Services and Investments and the Middle-term program for economic, trade, scientific, technical and cultural cooperation for 2016-2019 and for the creation of the joint fund for financing investment projects in Russia and Turkey. The work of the Russian-Turkish Commission on Trade and Economic Cooperation was also suspended.

Neither the Turkish Stream gas pipeline project, nor the Akkuyu Nuclear Power Plant were included in the list of economic sanctions against Turkey ratified by the Russian government; however, on Wednesday 2 December the Russian Energy Minister Alexander Novak said that “the negotiations on Turkish Stream have been suspended”.

Banned produce will not be destroyed

The daily broadsheet Izvestia cites the press office of Rosselkhoznadzor, Russia’s agricultural watchdog, as saying that Russia will not destroy Turkish products, which will be prohibited from entering the country starting on 1 January 2016. Cargo destined for Russia will be opened on the border.

The watchdog explained that Turkey is not on the list of countries whose products must be burned or crushed. Those countries are the EU member states, Norway, Canada, Australia, the U.S., Lichtenstein, New Zealand, Iceland, Montenegro, Albania and “in special conditions” Ukraine.

TMG president on crest of wave with double award win