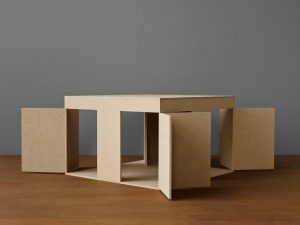 Contemporary artists from South Korea continue to make an impact on London.

Painters and sculptors have for some years featured in the art fairs of the capital and in commercial galleries, and now it is the turn of artist-photographers, several of whom already have an impressive track record, to grab attention.

The Korean Cultural Centre UK is presenting Dialogues of Space by the emerging artists Onejoon Che and Heeseung Chung, who both were born in Seoul. The exhibition, which runs until February 6 2016, explores physical and metaphorical spaces through the medium of photography.

There is a firm link with London, because the exhibition is curated by students of MA Curating the Contemporary, a programme jointly taught by London’s Whitechapel Gallery and the Sir John Cass Faculty of Art, Architecture and Design at London Metropolitan University.

Onejoon’s precise documentary photographs of architectural structures, abandoned urban sites and buildings are seen as providing a conceptual counterpoint to Heeseung’s large-scale, intimate and poetic interiors opening up a discourse on human presence and its echoes through cityscapes.

Seen together, these bodies of work are said to show personal and political spaces in the present Korean social and physical landscape. The curators say: “Sparking a discussion of the role of contemporary art in the representation of society, Dialogues of Space highlights the skill and versatility in contemporary Korean photography.”

Heeseung’s “quiet, contemplative works show beauty in everyday objects, exquisitely making use of the capacity of her medium, ” say the exhibition organisers. Her series of large-scale works focuses on architectural, bodily and symbolic space. These include the enigmatic Room with Revolving Doors 2, the wistfulUntitled, and the triptych Curves.

Heeseung gained her MA Photography with Distinction in 2007 at London College of Communication, following a BA (Hons) in Photography at the same institution. A decade earlier she had secured her BA in Painting at Hong-ik University, Seoul. She has participated in exhibitions in New York, Seoul and Madrid in addition to London.

Onejoon “applies documentary photography and archival practice to forgotten and abandoned architecture.” His particular interest lies in the history of places and locations, and the way that photography can make them visible to the beholder.

He was awarded the Ilwoo Foundation photo prize 2010 and was nominated for the 11th Hermes Korea Art Prize by the Hermes Foundation, Seoul in 2011. He was selected to participate in Le Pavilion residency programme at Palais de Tokyo, Paris, in 2011. His photo and video works have appeared in biennials, museums and film festivals in many countries. 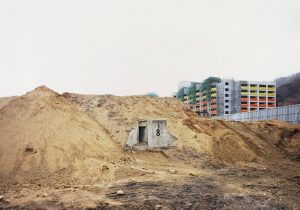 Since being opened by the Ministry of Culture, Sports and Tourism in January 2008, under the jurisdiction of the Embassy of the Republic of Korea, the centre has aimed to enhance friendship and understanding between South Korea and the UK through cultural and educational activities. It presents monthly events focused on Korean film, drama, education and literature; hears Korean luminaries discuss their work; and organises year-round exhibition programmes and traditional and contemporary musical performances.

Over the last decade the opportunities in Britain for young curators to present their practices have diminished. By encouraging partnerships between emerging curators in the UK and Korean artists, the partnership project aims to support curatorial research and exhibition projects through bilateral collaboration.

Dialogues of Space runs until February 6 2016 at the Korean Cultural Centre UK, Grand Buildings, 1 – 3 Strand, London WC2. The main entrance is on Northumberland Avenue. Opening times are Monday to Friday, 10am – 5pm,  Saturday,  11am – 5pm. Entrance is free.