23/12/2015 – 2015 saw some big wins for the ITF and successes in supporting new unions, despite serious attacks on the union movement around the world.

The ITF campaign to get Qatar Airways to respect workers’ rights won a historic ruling from the ILO and led to a climb down by the company. A visually striking ideahas kept the campaign in the public eye and the year ended with the backing of a Nobel Peace Prize winnerfrom Tunisia. 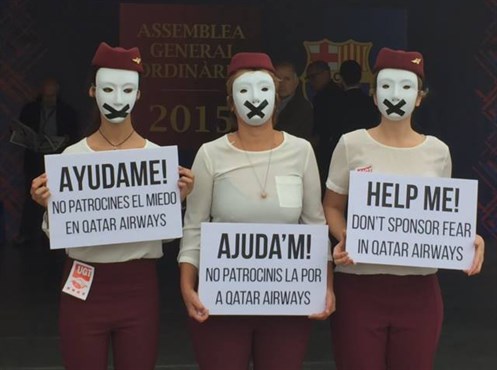 While the union architects of Tunisia’s successful new democracy were internationally recognised, in neighbouring Libya the news was less positive. Nermin Al-Sharif, leader of the ITF-affiliated Dockers’ and Seafarers’ Union of Libya, narrowly escaped a second murder attempt. Three other well-known female Libyan activists were killed in the last 18 months, but the ITF continued its work to end violence against women. 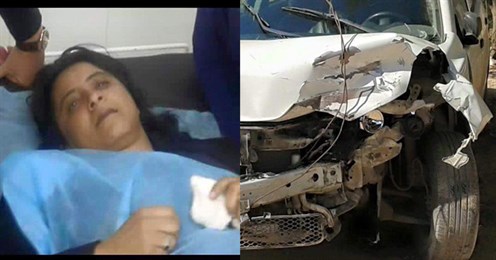 Elsewhere in Africa truck drivers in Kenya fought back against Agility and the company’s 24-hour shifts and poor working conditions. Despite the workers winning some improvements, Agility has continued its anti-union stance.

Unions also came under attack in Korea, where the ITF called on its affiliates to step in and show global solidarity. The right to strike is under threat in several countries across the globe, and the ITF played its part in a global campaign to defend it, using the United Nations agency the ILO (International Labour Organization) to re-affirm the basic human right to be able to withdraw your labour.

Workers at LATAM Airlines did just this as a strike in Chile led to solidarity action across Central and South America.

Meanwhile, in Myanmar the vital democratic force of popular unions is in a far earlier stage, and the ITF supported the development of the new seafarers unionthere.

Representatives of the new Independent Federation of Myanmar Seafarers were part of the triennial ITF worldwide inspectors seminar in Panama City, Panama. During the meeting nearly 120 ITF ship inspectors joined a march against government attacks on unions and the Panama Canal Authority’s (PCA) unwillingness to discuss safety concerns. Watch a film from the march below. The ITF also commissioned an independent study into the safety of the locks on the new Panama Canal, which will report back in 2016.

In Australia rail workers won a 14 percent increase in payafter a long running campaign including industrial action in August and September. Members of the Victoria branch of the Rail, Tram and Bus Union took action against Metro Trains Melbourne and Yarra Trams to win improved wages as well as better dispute resolution clauses and job security provisions.

Another ITF commissioned independent report scored a big win in the fight against corporate greed. Chevron was forced to pay $310m in fines and back taxes after an ITF investigation into its tax affairs.

The ITF worked hard to pressurise another global giant, DHL, to respect the rights of its workers around the world, as part of a joint campaign with UNI Global Union. But this fight came home when parent companyDeutsche Post-DHL moved to drastically cut the pay of its workers in Germany.

However, ITF pressure at the highest level paid off when the ILO (International Labour Organization) agreed two far-reaching resolutions on road safety and ride-sharing companies such as Uber. The ITF kept up the pressure on Uber,  fighting against its proposal to link up with UN Women.

Strategic work like this will continue in 2016, such as the campaign to unite workers linked to the same industrial hubs to build union power and influence. In 2015 the ITF worked with global union federation IndustriALL todeliver a training seminar in Grangemouth, Scotland, which brought together workers – many from UK affiliate Unite the Union – from road and rail, oil, manufacturing, food and drink, maritime, docking and construction.

What will 2016 hold for transport workers? Look out for the New Year message from ITF president Paddy Crumlin and ITF general secretary Steve Cotton coming soon.