Chief Executive of The Nautical Institute is awarded OBE 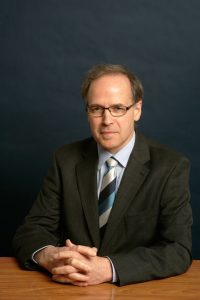 London, 4.1.16 – Mr Philip Wake OBE RD* MSc FNI has been appointed an Ordinary Officer of the Order of the British Empire (OBE) in the UK’s New Year’s Honours’ List for his services to the maritime industry.

During his time as Chief Executive, The Nautical Institute has developed its reach as a professional membership organisation, now serving members in 120 countries. The Nautical Institute continues to promote professionalism, safety and best practice to the industry as a whole, through a range of publications and free resources, including the Alert! human element project, the Mariners’ Alerting and Reporting Scheme (MARS) and The Navigator. It represents seafarers at the highest level, with consultative status at the IMO. The Dynamic Positioning (DP) Training Scheme, managed by The Nautical Institute as a benefit to the offshore industry, now accredits DP training centres worldwide and certificates tens of thousands of DPOs.

Philip Wake served at sea from Cadet to Chief Officer with Ellerman City Liners before coming ashore to a container consortium where he established a new commercial department. He became a Senior Consultant in shipping economics at Lloyd’s Maritime Information Services (LMIS), and latterly was a Director of Clarkson Research. Philip’s maritime career also includes service in the Royal Naval Reserve specialising in mine counter measures and naval control of shipping.

He is a member of Council of the RNLI; a Younger Brother of Trinity House, London; a Trustee of the CHIRP Charitable Trust and the Royal Alfred Seafarers’ Society; and Chairman of the Great River Race. Through his membership of the Honourable Company of Master Mariners, he is a Foundation Governor and past Chairman of George Green’s School in the Isle of Dogs, London and is Chairman of Governors at Putney High School, London.

The Nautical Institute is the international professional body for qualified seafarers and others with an interest in nautical matters. It provides a wide range of services to enhance the professional standing and knowledge of members who are drawn from all sectors of the maritime world. Founded in 1972, it has nearly 50 branches world-wide and some 7, 000 members in 120 countries. In 2015, the Institute was the proud recipient of the Investment in People award for its Navigator magazine at the Seatrade Awards.