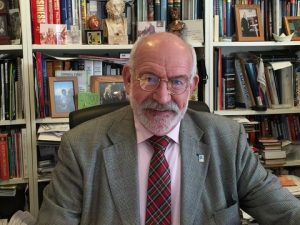 Sweet Sixteen; now what do these minus sixteen points mean today for the BDI? This will be the thesis for MBA students in ten years’ time!  Anyway, you know our view; let’s see just for the record how the shipping markets and their respective indices “performed” today. John Faraclas writes on the first major recapitulation / report for 2016:

The BCI 2014  dropped 56 points earlier on today clocking 343, the BPI another 16 down to 434 (in reverse order if you see what I mean, a numerical anagram), the BSI losing  “just” six points and standing at 430, and the Handies’ BHSI further dropped at 256, a minus three points…

The wets too, both down, with the last published BDTI and BCTI down eight and three points respectively at 1, 043 and 716!

What can really stop the markets falling, given the dangers looming in the background and more importantly, all this happening in a plummeting world economy?

Geopolitics will continue to create an upheaval; divided as the European Union is, expect even worse situations and conditions. Religious wars are about to begin on a very much wider scale. Many issues will surface… On the  Geopolitics front, for which over the last three years we gave you a very big coverage – and we were absolutely right, will now evolve even worse. Many businesses thought that there was going to be a quick fix; it didn’t happen!

What will happen with Planet Ocean’s dire staits? Panama Canal, The Suez, Malacca, Constantinople, Gibraltar… How this will affect the cruise industry as well as piracy and terrorism?

Many fronts are still open and get worse; Ukraine, Syria, Iraq, Afghanistan, North Korea, South China Sea, The ISIS mess, Turkish inferiority, the Africa messy proxy wars, and many many other situations. The major issue being the Migrants which from time to time create havoc; this time will cause more than that; nothing to do with the boat people in the Far East, or Cuba and Florida… Expect the unexpected… Be advised also that the architects of the Arab Spring and the messy outcome of Iraq, Lybia and Afghanistan are having crazy designs to protect their interests. One day, sooner or later Uncle Sam will intervene and give an end to this; he’s had enough!

The Economy? China on the brink of a total collapse? We shall see! Russia redefining the platoon… with Putin having his own agenda. The US watching its allies fighting… and make it even more difficult to intervene… Japan always a major player; India and the subcontinent being another big question; Brazil and the South American economy… you dead well know what’s happening there… South Africa economy more troubled than ever before… Greece…yes Greece will make the world go round; remember this when the shit hits the fan!

The shipyards: many are going bankrupt… Mind me , the shipyards are the A to Z for the world economy!

Big shipping entities about to go under… Consolidation you say? With whom?

The LNG becomes another major issue, hopefully for the best in the industry.

So what will happen?

A global investigation should take place and see what really happened to the shipbuilding industry and the newbuilding prices, conversely high and wrong finance and that also in turn brought up the second hand five-year old prices, which in turn gave an unimaginable rise to even 20 years old tonnage to silly high levels, rocking the Ships Sale and Purchase markets.  People entrusted their savings to invest in shipping, whose projection is still fine: Eight billion tons of goods to be carried per annum. It is not the overcapacity; it is the greediness to keep old ships afloat whilst at least fifty centum of today’s tonnage needs to be scrapped,   …err recycled! The oxymoron at its best! Remember that, personally in writing, back in 2008, I have warned what to expect not just in shipping, but for the world economy, and it did happened. Again in January 2014… All documented!

So, if you like to be fair, what did the shipbrokers, analysts AND gurus’ advise was to all stakeholders (banks, charterers, owners, insurers, etc., etc)? How valuations and trading projections were calculated? What parameters were taking on account? (Actually, were all parameters taken into consideration, as they should?).

There are a lot of questions to be answered, given the different structures of shipping companies; you have different interests and conditions as well as a different crisis for liner trade companies, particularly former colonial power ones and different from industrialised exporting nations (Europeans mainly and Far Eastern ones); you have tramp shipping, you have energy-backed companies, listed and non-listed ones, state-owned, … you name it, conversely a much different crisis… The finance, especially the shipfinance front with the entry of funds or special vehicle companies, such as the German KG… A melee… So what Wall Street does on all these and how the rest of the world tackles a crisis is a  different matter! Did I hear you say flags? Different vested interests all together, a very perplexed situation, a big game!

Can we expect War to save the day? But will this War be like those we knew in the past favouring the Shipping Industry to all intents and purposes? I cannot hide my background as ancient Greeks believed in war, and numerous times I had the strength to repeat the old maxim: “War father of all; if you don’t destroy, you cannot rebuild. This is the pitiful message from history”.

Armageddon is ante portas. Somebody called a fast one on you… if 2014 was the worst start for thirty years, 2016 will be as mentioned above a very interesting year!

Viewers can log on herebelow and watch a briefing live on video:

P.S. There is though a remedy, a tough one in form and discipline; the product of medical and surgical outcome. After all, medical-doctors know best! One part of it is to capitulate in this low market; a super buyers’ market if you have the tools… it’s a great and unique chance, subject you know how to do it!

Well. Good morning John. My first comments is that what has come to be the lowest – yet – index, is of no surprise with the world economies lingering and so many new deliveries taking place. There is though a comment I will make on your statement or question whether we are going to see the total collapse of China. john. This is not going to happen for many years to come. if at all. A slower growth is not bad. What is bad are the many hedge funds that short the currency and drive the sentiment the way they want so that with the devaluation they end up making tons of money. The world will go on and the Chinese will continue eating more and the 6.7% growth today is equivalent to 22% growth in 2003. But….now there are more ships when it comes to look at the trading. Much more volumes but much more ships. Much more imports but many more efficient ports. So…be optimistic and teach:”What goes down ….comes up”