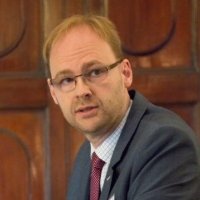 European shipowners endorsed yesterday the adoption of EU operational guidelines on places of refuge for ships in distress at sea, which were produced by the Cooperation Group on Places of Refuge, bringing together Member States, the European Commission and industry.

Work on these guidelines started following the MSC Flaminia incident when a fire broke out on board a German-flagged vessel, which was subsequently left adrift on the high seas for weeks until Germany agreed to allow the stricken ship to enter its territorial waters.

The incident demonstrated that, despite the provisions laid down in Directive 2009/17/EC amending Directive 2002/59/EC establishing a Community Vessel Traffic Monitoring and Information System (VTMIS), there was no uniform application of this Directive. The incident also evidenced the need to enhance cooperation between Member States when confronted with a ship in need of assistance.

The adopted operational guidelines aim at providing practical guidance for the different parties involved in the process of dealing with a ship in need of assistance so as to support a more uniform application of the provisions of the VTMIS Directive. They also aim at enhancing cooperation amongst all parties involved. They do not, however, replace any legal obligations laid down in applicable legislation and they do not supersede, but rather complement the Guidelines developed at the IMO.

Commenting on the adoption of the guidelines, Christophe Tytgat, ECSA Legal Affairs Senior Director, said: ‘We fully support the work done so far and commend the Correspondence Group for this very useful document, which aims at improving cooperation between all actors when ships find themselves in need of quick access to a coastal state’s territorial waters to take refuge. Recent examples of ships in need of assistance have already evidenced the added value of the Operational Guidelines for all parties involved in an incident and/or request for a place of refuge’.

The Operational Guidelines on Places of Refuge can be found here