The Northern Powerhouse: Momentum, funding and one voice 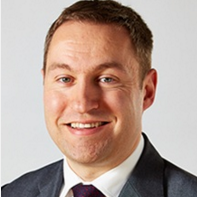 The Northern Powerhouse: Momentum, funding and one voice

“These are the requirements for the Northern Powerhouse if it is to achieve the so-called “economic dynamism not seen in Britain since the Industrial Revolution.”

The backbone for economic growth will be an efficient and fully integrated transport system,  and in this area in particular, momentum is building. Transport for the North (TfN) published its first report – “One agenda, one economy, one North” – in March 2015. In the Chancellor’s July budget, the Government pledged £30 million (now increased to £50 million) in funding,  and announced plans to develop TfN into a statutory body by 2017. The basis on which this will be achieved is the Cities and Local Government Devolution Act 2016 (the Act), which received Royal Assent on 28 January 2016. Secondary legislation will then allow TfN to be formed into a “Sub-national Transport Body”, (STB), and may also be required to provide provisions regarding matters such as the constitutional arrangements of such bodies.

The Act allows for a number of these bodies to be formed, so there is potential, if TfN is
successful, for this model to be used elsewhere in the country. For an STB to be formed,
the Act requires it must be proposed by its constituent authorities, and they must all consent
to the making of the regulations that form the STB as a body corporate. This ensures that an
STB is only formed where there is buy-in from across the whole of its area. There is also a
requirement to consult all neighbouring authorities due to the potential impact of an STB on
transport provision in neighbouring areas.

An STB is required to prepare a transport strategy for its area, containing proposals for “the
promotion and encouragement of sustainable, safe, integrated, efficient and economic
transport facilities and services”. Clearly, TfN has already commenced the process of
developing such a strategy. The strategy is required to have regard to:

This legislation therefore provides a strong basis upon which not only can TfN be formed,
and have a statutory role coordinating the provision of transport across the North of England,
but also make the case for greater devolution of central government transport powers, and
greater coordination of local government powers. This provides a statutory framework for
effective delivery of major projects across the North of England in a more effective strategic
manner, and provides the potential for a strong body that can make the case for effective
devolution of central government powers.

A key function of an STB is to provide advice to the Secretary of State regarding the
exercise of transport functions in its area. This will ensure that TfN or other STBs can act as
a focal point for strategic engagement with central government and other delivery bodies,
such as HS2, Network Rail and Highways England, even where the relevant functions are
not transferred. TfN’s November 2015 report on the “Northern Transport Strategy” paves
the way for this, and will be followed by further strategy documents in 2016 making the case
for strategic investment in the rail and road network.

The Act also allows for wider power transfers to combined authorities, which will further
support the delivery of co-ordinated transport strategies at both city region and regional
levels. Finally, the Act also places an obligation on the government to report to Parliament
on devolution, including, in particular “the extent to which consideration has been given …
to the principle that powers should be devolved to combined authorities or the most
appropriate local level except where those powers can more effectively be exercised by
central government.”. Whilst this does not place any obligation on government to transfer
powers, it may be a useful political tool, as where authorities are lobbying for transfer of
powers, it will be incumbent on government to explain why they have chosen to retain those
powers.

However, whatever the extent of transfer of powers, to deliver any strategy there remains a
need to be able to effectively access funding. The Act includes provisions both to allow
STBs to be grant funded by the SoS, and also to allow for funding by its constituent
authorities. However, whilst the Act also provides the opportunity for STBs to have wide
powers, it specifically does not allow for STBs to borrow. This may limit the direct use of
prudential borrowing by STBs, and encourage consideration of alternative funding sources.

An interesting and developing area is encouraging trustees of the Local Government
Pension Scheme (LGPS) to invest in infrastructure. LGPS trustees manage £214 billion of
funds in England and Wales and a further £26 billion in Scotland. Whilst it is one scheme,
around 100 different local authorities manage their particular share of its investments. The
inefficiency of this approach has been recognised for some time, and the Chancellor has
therefore proposed that LGPS should be divided into around six “British Wealth Funds” –
each with a capital value of at least £25 billion. Local Authorities have been asked both to
propose pooling arrangements, and the proportion of the resulting fund which they could
invest directly into infrastructure projects. This is not unprecedented – the Canadian Ontario
Teachers’ Pension Plan holds sizeable direct stakes in infrastructure and property
investments. In the UK, these include Bristol Airport and Birmingham Airport, and jointly with
Borealis (the infrastructure investment arm of the Ontario Municipal Employees Retirement
System), it holds a stake in the HS1 Channel Tunnel rail link. Similar approaches are being
taken by pension fund trustees in Singapore, Korea and the Netherlands.

Treasury advisors indicate that pooled funds could be established within 18 months. To
support this, draft amendments have been proposed to the Local Government Pension
Scheme (Management and investment of funds) Regulations 2009 to :

As an example of what this could mean in practice, Manchester is already using its pension
fund (the largest in the country at £17 billion of capital) to invest creatively in infrastructure,
for example:

Further, as an example of the benefits of pooling funds and their investments, the fund has
entered into an agreement with the London Pension Funds Authority to create a joint venture
to invest £250 million each in infrastructure. The JV is structured so that other funds can join
in the future, with oversight of the use of the investments by both funds.

So momentum is growing – the rationale behind the Act is to create an accelerated process
of power transfer away from Central Government to the regions, and the use of local pension
scheme funds may provide a new source of long term investment – but there are a myriad
of strands to pull together. The ambition of each combined authority within the Northern
Powerhouse, will fuel TfN’s plans and its ability to convince the government that its transport
strategy will create economic growth.”

DLA Piper will be hosting, and speaking at Waterfront’s Transport-Led Development in the North of England
event, which takes place at their Manchester office on 9th March 2016.

You can find more information, including the full speaker list and the programme on the website – bit.ly/TransportNorth

Poseidon Med continues towards a new era for LNG bunkering