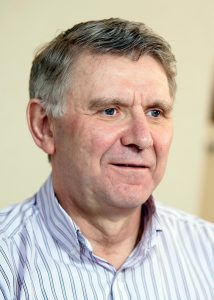 North’s Singapore office manager James Moran says, ‘There is a growing demand for loss prevention support and advice from our members in Asia Pacific. Having senior staff from North’s 13-strong loss prevention team based in the region will help to provide a more effective service and strengthen relationships. We look forward to working with George and benefitting from his and Aniruddha’s extensive experience in commanding large merchant vessels and ship management expertise.’

Cuthbert spent 22 years at sea, mostly on tankers and dry bulk carriers, and qualified as a master mariner in 1986. In 1995 he went ashore to join the UK ship management division of US tanker company OSG, where he became general manager and, after a brief spell in the USA with OSG Lightering, became managing director in 2013. He joined North’s loss prevention team in Newcastle, UK, in October 2014. 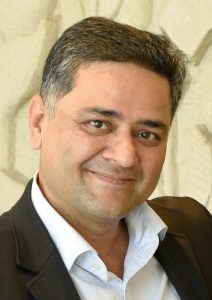 Desai, also a master mariner, sailed for 18 years on bulk carriers and product tankers before coming ashore to manage a large shipyard workforce, specialising in marine coatings and outfitting. After three years he moved to ship management, where he spent four years as a senior superintendent looking after the operational and safety aspects of a fleet of bulk carriers. He joined North’s Singapore office in April 2015.

North’s Singapore loss prevention service is fully integrated with its team in Newcastle and provides loss prevention support and advice to North’s Asia Pacific members. The service was pioneered in 2013 with the secondment of Andrew Kirkham to Singapore, who has since returned to the UK. Following in Kirkham’s footsteps, Cuthbert and Desai will also help to run North’s residential training course in P&I insurance and loss prevention.

North’s Singapore office opened in 2007 and now has 15 staff including five P&I claims specialists, five freight, demurrage and defence (FD&D) solicitors and two loss prevention executives. Together with the Hong Kong and Tokyo offices, they serve the needs of the Club’s steadily growing Asia Pacific membership, which now accounts for 35% of entered tonnage.

North P&I Club is a leading global marine insurer providing P&I, FD&D, war risks and ancillary insurance to 131 million GT of owned tonnage. Through its guaranteed subsidiary Sunderland Marine, North is also a leading insurer of fishing vessels, small craft and aquaculture risks. The Standard and Poor’s ‘A’ rated club is based in Newcastle upon Tyne, UK with regional offices in Greece, Hong Kong, Japan and Singapore and Sunderland Marine offices worldwide. North is a leading member of the International Group of P&I Clubs (IG), with 11.5% of the IG’s owned tonnage. The 13 IG clubs provide liability cover for approximately 90% of the world’s ocean-going tonnage and, as a member of the IG, North protects and promotes the interests of the international shipping industry. For further information visit: www.nepia.com.