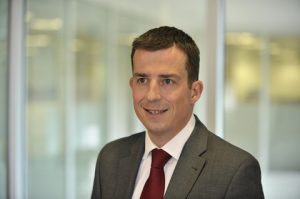 The Financial Accounting Standards Board (FASB) in the United States has issued a lease accounting standard update following the release in January 2016 of an International Financial Reporting Standard (IFRS) dealing with the same subject. Although it had been expected that the FASB and IFRS standards would be identical, there are instead now two standards which, although similar in many respects, contain significant differences. International accountant and shipping adviser Moore Stephens says the shipping and offshore maritime sectors will need to assess the effect of these changes on their balance sheets.

The FASB standards update,  ASU 2016-02, Leases (Topic 842),  applies to all companies which follow US accounting standards. As is the case with IFRS 16 (Leases), leases currently treated as off-balance-sheet operating leases will now be appearing on lessee companies’ balance sheets. While net assets may not be greatly affected, gross assets and gross liabilities will increase significantly for companies which currently have major leasing arrangements treated as operating leases.

The IASB has adopted a single lease accounting model, broadly similar to that previously used for finance leases, for all leases from the perspective of the lessee. But the FASB has retained a dual accounting model. Where a lessee is party to a capital or finance lease, the accounting treatment will remain unchanged, as it largely will under IFRS 16. But, where a lease was previously an operating lease, then under the new US standard the lessee will:

Michael J Halkias, a principal with MSPC New York, an independent member firm of Moore Stephens North America, which is a regional member of Moore Stephens International Limited (MSIL), explains, “On inception of a lease, the balance sheet entries prepared under the two new standards will usually be similar, but would then diverge as the basis of charging expense differs. Expenses under the US standard will remain flatter than under IFRS and may be unchanged from current standards. There are also differences of detail dealing with matters such as subleases, and sale and leaseback transactions.”

Michael Simms, a partner in the shipping and transport group at Moore Stephens London, says, “Neither the FASB nor the IASB have felt the need to significantly change their lessor accounting models, and have largely carried forward their requirements into the new standards. But, just as there were some differences between the two models before, those differences remain.

“The new standards have been a long time coming, and it will be a few years yet before the first financial statements are published which have to comply with them. Nevertheless, many companies in the shipping and offshore maritime sectors will need to consider the effect on their financial statements quite soon. Some will see major changes to their balance sheets, and a certain amount of change to their reported profits. Companies will also need to consider the effect that the changes will have on compliance with the terms of financing which includes covenants. And where breaches of covenant are likely, or reasonably possible, talking to lenders before the change hits the accounts will be crucial.”

UN development agenda seeks to reach ‘those farthest behind’…