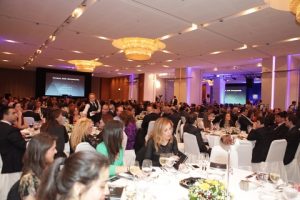 From the previous event

The event, that will take place in Athens during the evening of Monday 4 April 2016 at Megaron, The Athens Concert Hall, will celebrate Greek shipping and pay tribute to historic personalities who have helped to shape the industry, including the latest Inductees to the Hall of Fame who will be unveiled during the evening.  A portion of the event proceeds will be donated to Greek children’s charity, Hellenic Hope.

The American Hellenic Hull Insurance Company has now confirmed its support as Dinner Sponsor of the occasion.

Ilias Tsakiris, managing director and chief underwriter for American Hellenic, comments: “Our management and the forerunners of American Hellenic Hull Insurance Company have a long history of partnering the Greek shipping industry.

“As the only marine underwriter in our region, we are here to stand by our clients for the long term with personal service and reliable, bespoke and competitive solutions for their vessels.”

In addition a second freshly-confirmed sponsor, DNV GL, has added its support for the upcoming event.

The new sponsors join a prestigious line-up of supporters for the Induction Ceremony & Dinner 2016 that are led by ABS, the Liberian Registry and Shanghai Waigaoqiao Shipbuilding Co. Ltd. as Lead Sponsors.

“We are delighted to have such strong partners of the Greek shipping industry supporting this special event, ” commented Caroline Lowry, director of Phoebe Media & Events, the official event manager for the Induction Ceremony & Dinner 2016.

The Greek Shipping Hall of Fame resides at www.greekshippinghalloffame.org