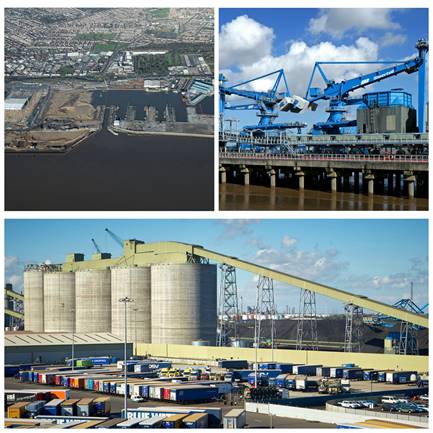 ABP has been named Medium/ Large Business of the Year at the Humber Renewables Awards, organised by the Hull Daily Mail.

The awards ceremony, held yesterday evening (Thursday) at The Deep in Hull, attracted representatives from some of the Humber region’s most innovative ‘green’ organisations, whose achievements have helped confirm the Humber’s place as the UK’s Energy Estuary.

ABP Director Humber Simon Bird said: “It’s fantastic that ABP has been recognised for the work it does within the renewables sector here on the Humber and to be chosen as the winner by a panel of our peers and industry experts is extremely gratifying.

“Renewables form a large and growing part of ABP’s offer here on the Humber and we’ll continue to invest and innovate within this developing sector. I’m delighted that the hard work put in by our staff and our partners has been rewarded and that we were successful despite some very stiff competition.”

Mr MacFarlane said: “We have made tremendous progress as an offshore wind industry over the past few years and we can see this resulting in jobs and economic benefits.

“The challenge for us now is to ensure we continue our progress so that renewable energy is the preferred choice by Government and the public.”