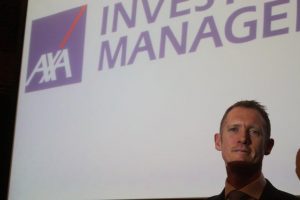 Britain would be likely to suffer “a significant adverse economic impact” from leaving the European Union, a packed meeting of underwriters at Lloyd’s heard.

David Page, senior economist at AXA Investment Managers, delivered the warning at a Lloyd’s Market Association event on the implications of a Brexit.

During his 20-minute presentation on March 3 2016 at Lloyd’s Old Library to some 120 people, Mr Page said that although opinion polls showed a very close outcome for the In/Out referendum on June 23, “my view is that on June 24 we are more likely to be still in the EU.”

He gave three reasons for his forecast: the fact that the Government is going was going to start campaigning to stay in; British business has been making a good case to remain; and that in referenda across Europe for the past 30 years there has been a preference for the status quo.

There is a two-year process in the event of a ‘leave’ decision for the UK to negotiate trade arrangements with the European Union, but that might prove “a little difficult.” Some 45% of UK exports are to the EU, and could seek a free trade agreement with the EU as a whole similar to the current deal between the community and Switzerland. The UK runs a large surplus with the EU for services, all the more so with financial services. “We might get the [new] trade agreements but not on such good terms. It is more than 40 years since the UK has negotiated a trade agreement on its own… and the government departments that would be involved in negotiating have seen their budgets slashed.” 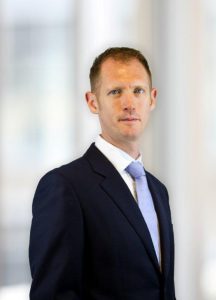 Financial services account for 8.2% of the UK economy and 1.1m jobs, with the EU the destination for more than 40% of those exports. A Brexit threatens “a material impact” on the sector, said the analyst.

Brexit raises three problems: a repatriation to the euro zone of some financial services London conducts on behalf of the euro area, with the UK unable to seek recourse to the European Court of Justice; more restricted access – not quite so easy to access wholesale financial services (likely to be dependent on regulatory equivalence, which would reduce hopes for a more independent regulatory regime outside the EU), and a lot more difficult for retail, which has to have individual state approvals. For example, an initial public offering on the London stock market would have to be signed off by each of the individual countries, which arguably would reduce the attractiveness of the City.

Still on the regulatory Front, Mr Page questioned whether the UK would be outside “the safety measures when we are transporting dangerous chemicals round the world. Would we want that?”

If the UK departs the EU, there could be a dip in gdp of between 2% and 7% by 2030. Sterling, which was weakened in recent weeks, could fall another 10% against the dollar and other currencies. And equities underperform.

An AXA Investment Managers brochure written y Mr Page on the prospects said that two of the arguments often presented in favour of Brexit were that it would help the UK achieve trade agreements with faster-growing areas of the world and shelter the UK from stifling regulation that could impact the UK’s financial services industry. “We suggest that both arguments are questionable. Although Brexit would leave the UK free to negotiate free trade agreements with other countries, those countries might not prioritise reaching such deals, and the terms eventually secured would not be as favourable outside a large bloc like the EU. The vast number of agreements the UK would require brought into question the UK’s capacity to negotiate such deals quickly, and would prolong uncertainty over the UK’s trade relationship with the rest of the world.”

In a question session at the Old Library meeting, Mr Page was asked what would be the likely impact on others in the EU of a Brexit. “We think a net negative effect, but it is likely to be a small effect.” In terms of direct trade, “the Irish economy could suffer quite a lot from the direct consequences of Brexit.” As to the indirect uncertainties, “does it encourage other countries that they might leave, in a domino effect? I think this is unlikely in the short term. Where it is going to be most painful is in Europe but to leave the EU, as Greece has proven, is very difficult. The EU has a lot to deal with and I think that is going to be more important than Brexit.”

Other questions from the audience touched on immigration, sovereignty, and London’s performance as a financial centre: “London is going to be a dominant financial centre one way or another, ” said Mr Page, but would face increased competition from Dublin, Paris and Frankfurt.