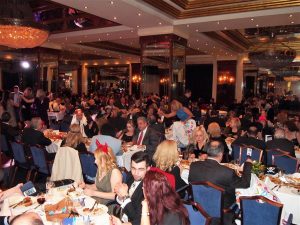 A view from the Aegean Sea Ballroom

The 2016 annual ball of the Chios Marine Club in Athens on February 27 attracted a large number of guests.

The event, on February 27, took place in the Aegean Sea Ballroom in the Metropolitan Hotel, Syngrou Avenue, Palaio Faliro. Part of the Chandris Hotels group, the Metropolitan is one of the capital’s most elegant hotels, overlooking the Acropolis and the Saronic Gulf,

The evening included a three course meal, drinks and musical entertainment. It started with music from the six-member orchestra of George Patsioti and was followed by swing rhythms, mambo and  Greek light music. 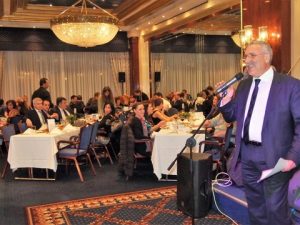 Helen Legaki Konitopoulou was next on stage,   playing a medley of traditional Greek music. The evening’s entertainment was rounded off by selections from a professional DJ of Greek and international dance music.

Prizes were presented to the winners of the lottery draw. Chios Marine Club president Markos Tripolitis and the board of the club thanked the sponsors, supporters and all attendees.

More information about the club and the event can be found at www.chiosmarineclub.gr 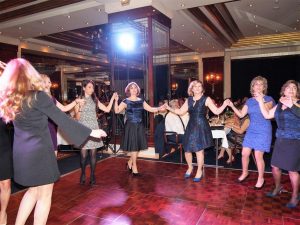 Partnership between BSM and the University of Nicosia

Global Xpress top of the agenda for Satellite 2016