Opportunities for the Shipping Industry in Iran Post-Sanctions…

The new Ambassador of Iran to Denmark, His Excellency Morteza Moradian

Opportunities for the Shipping Industry in Iran Post-Sanctions: Iranian Ambassador urges Danish companies to bid for share of his country’s $50bn investment needs by James Brewer

Danish companies including the maritime sector have been invited by the new Ambassador of Iran to Denmark, His Excellency Morteza Moradian, to use the post-sanctions “window of opportunity” to seek a share of the revitalised, expansive market. He said that Iran has an immediate need for some $50bn of investment.

“I am pleased to say that interest in the Iranian market has been overwhelming, ” said the ambassador when making the opening address to a short conference in Copenhagen on the theme Opportunities for the Shipping Industry in Iran Post-Sanctions.

The ambassador told the March 2 event: “I would very much like to see Danish shipping companies, which have a considerable share in world trade, also make up a good portion of trade between our two countries.”

After implementation of the agreement known as the Joint Comprehensive Plan of Action, the ground was ready for expansion of ties between Iran and European states, said Mr Moradian.

With the lifting of certain economic sanctions and banking restrictions, economic cooperation between Iran and the rest of the world had entered a new phase.

Praising the role of his host country, the ambassador said: “Our two countries have had a long history of relations dating back to at least 80 years.  With Denmark being a nation of seafarers and Iran boasting a number of deep sea ports in the strategic Persian Gulf, it is natural for the two nations to develop and promote cooperation in all areas of maritime industry including shipping, and port management.”

He underlined that potential trade partners should keep in mind a regional perspective.

In addition to its own market of 80m people, Iran was the gateway for its landlocked neighbours such as Afghanistan, Turkmenistan, Uzbekistan, Kazakhstan, Kyrgyzstan, Azerbaijan and Armenia to the free waters of the world. (Mr Moradian has close knowledge of Iran’s neighbouring countries through previous diplomatic postings.)

He said that Iran’s deep sea ports and extensive rail and road network connections, including links to these ports, could make Iran a thoroughfare for more international trade.

“Iran’s coastline along the Persian Gulf stretches for 3, 000 km with major ports such as Bandar Abbas, Bushehr, Lengeh, Chahbahar and others. Iranian islands in the Persian Gulf including Kish and Qeshm have excellent capacities for development of shipping cooperation. In a feasibility study some years ago it was reported that a railway connection between Qeshm Island and mainland Iran could open a new trade route between Western Europe and the Far East with almost half the time it takes to use the other routes.

“Chahbahar is one particularly important port with ample potential for development. It is a recognised gateway for access to the landlocked CIS [Commonwealth of Independent States] countries. Already China, Russia and India are competing for investment in this all-important port.

“The Chahbahar connection to Delaram–Zaranj Highway already provides land-locked Afghanistan with a shorter and safer access to the Persian Gulf. This is the most efficient route for Afghanistan to trade with the rest of the world. Two railway lines connect Bandar Abbas and Chahbahar to the north and Russia.

“There are 10, 000 km of railway line under use in Iran with a further 10, 000 km under construction. Iran is the connecting point of the north-south and east-west corridors as well as being the main link in the Silk Road.  In the past few years the Oman-Iran-Turkmenistan-Uzbekistan corridor and Iran-Turkmenistan-Kazakhstan corridor have become operational. The two railway links have a potential for transport of 20m tons of goods annually. Besides the railway links Iran has 300, 000 km of interconnecting highways and roads.”

He asserted: “Iran can also offer safety and security which are important elements in transit of goods. This makes Iran the safest and most efficient trade route for its neighbours.”

Jørn Fredsgaard Sørensen, director for country, bank and sector risk at EKF, Denmark’s export credit agency, said that the agency had been open for cover for Iranian transactions since February 4 2016.

Mr Sørensen said EKF was seeing significant customer growth and had helped Danish companies to secure orders worth Dk19bn in 2014.

He said that Iran had significant potential across several sectors including wind and other renewable energy, IT, water, sanitation, engineering and shipping. The country had the world’s second largest reserves of natural gas (17%), and fourth largest oil reserves (10%). The population was young and well educated.

Peter Thagesen, director at the Confederation of Danish Industry, said that in January a Danish business delegation had a very successful visit to Iran, which was the world’s 18th largest economy (larger for instance than Poland). He cited statistics showing that in recent years, imports to the European Union from Iran had fallen to very low levels.

Mr Thagesen cautioned that while ‘secondary’ sanctions had been lifted, the ‘primary’ extensive sanctions imposed by the US had to be observed. “This complicates trade with Iran.”

Shipping interests enjoyed an excellent reception on a recent visit to Tehran, meeting with container and dry bulk company IRISL, authorities and ministries. Challenges to increasing trade while important sanctions remained were: how to do business without dollars and well established banking; the need for insurance and reinsurance to take those sanctions into account; and infrastructure and facilities in Iran.  He stressed that “free trade is the way forward.” 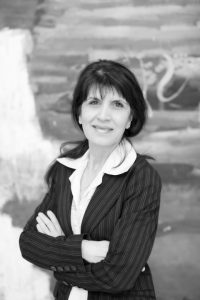 Irene Rosberg, programme director of the Executive MBA in Shipping & Logistics (The Blue MBA) highlighted the bottlenecks within the industry and how further educational initiatives to support people at the management level of the shipping industry in Iran would be crucial.

Ms Rosberg emphasised that the Iranians, whose heritage is of one of the oldest civilisations in the world, have always been industrious and innovative. During the height of the sanctions aimed at the country’s basic assets and trades, just about the harshest restrictions ever imposed on any country and that would have brought many nations to their knees, the spirit of constructive entrepreneurship helped them carry on.

The event was hosted by marine insurer Codan, the strategic platform of the RSA group in the Nordic region and the Baltic states.

It was arranged by Mikkel Hansen, chief executive of the European Maritime Development Centre. Mr Hansen, a graduate of The Blue MBA which is designed to enhance the strategic capabilities of senior business men and women, is the ambassador responsible for promoting the Copenhagen Business School-based programme to the maritime cluster internationally.