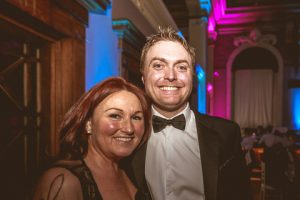 Mersey Maritime, the representative body for the maritime sector in the North West of England, is proud to announce the winners of this year’s Mersey Maritime Industry Awards (MMIAs).

The organisation, which represents the interests of a maritime cluster of more than 1, 700 businesses, held its annual awards yesterday evening (March 10) at a black tie dinner at Wallasey Town Hall on the Wirral.

There were 10 winners on the night in categories ranging from Best Newcomer to Business of the Year Award. The winners are:

The judges’ award for Maritime Ambassador is decided each year by an independent judging panel, which was unanimous in picking Angie Redhead of Liverpool Cruise Terminal at its 2016 winner. 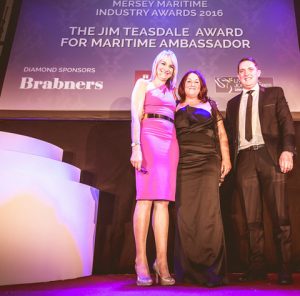 The award recognises Ms Redhead’s decade-long commitment to the development of a thriving cruise industry in Liverpool and her central role in bringing Cunard’s ‘Three Queens’ spectacular to the River Mersey in May 2015.

The Maritime Ambassador was renamed this year in honour of its first ever recipient, Jim Teasdale, a former chief executive of Mersey Maritime, who retired last year.

Describing the MMIAs as an opportunity to showcase the excellence that exists in the maritime sector in the North West, Chris Shirling-Rooke, Chief Executive of Mersey Maritime, said: “Tonight was the second year of these prestigious awards and they are already seen as a firm fixture in our region’s annual industry awards calendar. Award submissions were up by almost 60 per cent on 2015, giving our judging panel a unique insight into the many successful businesses that are operating in the North West.”

He added: “The maritime industry, including UK Shipping Minster Robert Goodwill, the UK Chamber of Shipping and DG MARE, the Maritime and Fisheries Directorate at the EU Commission in Brussels, has shown tremendous support for these awards, which provide an excellent showcase for the sector.”

Mersey Maritime is the private-public sector partnership that represents the interests of the shipping, ports and logistics sector on Merseyside, including improvements to the movement of freight across the region. It represents the interests of a cluster of 1, 700 businesses employing 28, 000 people, with a combined turnover of £2.6bn. The organisation has recently entered into a partnership agreement with Liverpool John Moores University to develop a Global Maritime Knowledge Hub on Merseyside. The vision for the Maritime Knowledge Hub can be seen here: http://www.merseymaritime.co.uk/news/maritime-knowledge-hub-video/