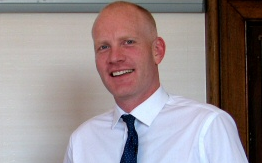 Leading consultancy, with over 25 years combined experience of the shipping industry, to provide strategic counsel, communications expertise and network access to key stakeholders within the marine fuel supply chain

CALGARY, ALBERTA – March 23, 2016 – Genoil Inc. (GNOLF), the publicly traded clean technology engineering company for the petroleum industries, today announced the appointment of BLUE Communications Ltd, a leading communications and business consultancy specializing in the marine, energy and environment sectors.BLUE will support Genoil’s management team in effectively positioning Genoil within the shipping industry, and helping the company to unlock the significant potential for its proprietary  technology,   the Hydroconversion Upgrader (GHU), which converts heavy crude oils and refinery bottoms into clean burning fuels.  The GHU will help the shipping industry meet the demand for cost-effective low sulfur bunker fuel at a fraction of the cost charged by oil refiners to produce less emitting and compliant products, in line with current and impending International Maritime Organization (IMO) and European Union (EU) environmental regulations.

The shipping industry began the transition from heavily polluting Heavy Fuel Oil (HFO) with a maximum sulfur content of up to 3, 500 parts per million (ppm) to regional emissions caps of 100 ppm in Emissions Control Areas (ECAs) in Europe and North America mandatory from 2015. In addition, an anticipated global cap of 500 ppm will be enforced, most likely by 2020. Genoil’s technology presents the shipping industry with a choice; to purchase more expensive cleaner fuels, such as marine diesel oil (MDO), or utilize a technology that can extract sulfur at considerably less cost to the ship-owners, charterers and shippers that pay for the over 300 million tonnes of bunker fuel consumed by the industry each year.

Genoil has spent a number of years developing its GHU technology, conducting rigorous R&D and trials from its 147 acre site in Alberta, Canada, one of the largest and most advanced pilot & design test facilities in the world.   The company has filed over 20 patents, and recently signed a joint venture contract with Hebei Zhongjie Petrochemical Group (HYT).

The JV marks the formal commercialization of Genoil within a large scale refinery; the new one million tonnes per year GHU-based refinery will process heavy oil, low-grade atmospheric and vacuum-distillation bottoms, and convert them into higher value, lighter distillates and finished transportation fuels for the Chinese and international markets.

Commenting on the appointment, Bruce Abbott, CEO. Genoil Inc. said: “BLUE brings a vast amount of experience of the shipping industry, the environmental regulatory framework and the marine fuel supply chain, having consulted on behalf of many of the world’s leading ship-owners and fuel suppliers. Moreover, their combination of communications expertise, in-depth knowledge of the shipping industry and contacts among the key stakeholders that we need to engage with will enable Genoil to accelerate its access to an industry that offers huge potential for Genoil, but often remains hidden.”

Alisdair Pettigrew, Managing Director, BLUE, added: “We are delighted to be working with Genoil. BLUE has worked for many years in the space where international shipping meets with marine energy and environmental regulation; it is a complex area that is redefining the marine fuel supply chain, and influencing significant change within the wider shipping industry. New sulfur regulations from the International Maritime Organization (IMO) have opened a window of opportunity for competitively priced, lower emission, compliant marine fuel.  Genoil’s technology, and its commitment to building relationships within the shipping industry is well-timed, and can have a huge impact on alleviating the concern over the cost of clean fuels and the supply challenges in meeting impending low sulfur regulations.”