SingPost Chairman to step down at the AGM in July 2016 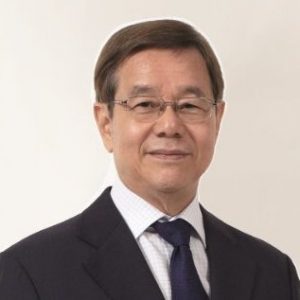 Singapore,  1 April 2016 – Chairman of  Singapore Post Limited (SingPost), Mr Lim Ho Kee, informed the Board of Directors today of his intent to step down as Chairman on 10 May 2016 when the company’s full year results are expected to be announced. Mr Lim will step down as a director at the Annual General Meeting (AGM) to be held in July 2016.

Mr Lim made his intent known after the conclusion of SingPost’s financial year on 31 March 2016. With this early notice, Mr Lim said he was giving the Board time to transition his role to ensure a proper handing over of his responsibilities.

In his letter to the Board, Mr Lim said, “The issue of board renewal has been on my mind for the last few years.” Mr Lim will be stepping down at the coming AGM. He added, “Some of you would be aware that I have been planning to step down now for almost three years but had felt compelled to stay and guide management.”

Mr Lim sought the Board’s understanding that family commitments were demanding more of his time now.

He went on to say, “It has been a long and satisfying journey since our IPO in 2003, we can all be proud of what SingPost has achieved. Among postal companies, I believe we stand out as a successful model of transformation.”

Commending the Board directors, he said, “The SingPost Board is one of the hardest working boards around. I wish to thank each and every one of you for your unstinting support and commitment over the years. SingPost is well on its way to be a globally competitive player in the area of end-to-end eCommerce. Every one of you has solidly contributed to the success of SingPost.”

Mr Lim has been guiding management as SingPost launched a crucial pivot into the global arena. To provide continuity, Mr Lim has agreed to make himself available to transition his role and provide guidance to the Board.

The Board acknowledged Mr Lim’s intent to step down and placed on record their gratitude to Mr Lim for leading this national institution and household name. In a statement, it said, “He has led us with not just his great intellect and business acumen, but also with his heart. It is difficult to think of SingPost without Lim Ho Kee. He has been at SingPost’s helm since its IPO in 2003. Mr Lim is a visionary and has championed SingPost’s transformation into the iconic institution it is today with its global footprint. He has deftly balanced shareholder value and stakeholder interest, even engaging directly with unions to ensure staff welfare.”

The Board expressed their deep appreciation for his foresight that the postal sector was on a burning platform. Mr Lim impressed on everyone the urgency to transform in order to survive. Without his vision and passion, SingPost would not be where it is today. The Board reaffirmed that SingPost will continue on its trajectory to become a leading global eCommerce logistics player.

The Board has unanimously agreed to appoint Board member Professor Low Teck Seng as Chairman from 10 May 2016, subject to regulatory approval.

A note on Mr Lim’s background and highlights of SingPost’s milestones during Mr Lim’s tenure as Chairman is in the Annex.

For over 150 years, Singapore Post (SingPost) as the country’s postal service provider, has been delivering trusted and reliable services to homes and businesses in Singapore.

Today, SingPost is pioneering and leading in eCommerce logistics as well as providing innovative mail and logistics solutions in Singapore and around the world, with operations in 18 countries.

Mr Lim, 71, began his career in banking, holding key leadership positions in several local and foreign banks, including OUB, UBS and JP Morgan. He served as Deputy Managing Director, Operations of Monetary Authority of Singapore from 1981 to 1982.

Mr Lim has more than 35 years of experience in both the public and private sectors. His past portfolio includes directorships in UBS Switzerland, MCL Land Limited, Singtel, Keppel Tatlee Bank Limited, K1 Ventures Ltd, Keppel Land Limited and Jardine Cycle & Carriage Limited. He was an independent director of Singtel between April 1992 and September 2000 and chaired the Finance and Investment committee during the period.

In 2003, he took on the mantle of SingPost Chairman at SingPost’s IPO.

Mr Lim was conferred the Medal of Commendation Award at Singapore’s NTUC 2009 May Day awards for being a Friend of Labour, an important advocate for the workers and promoting continued employment beyond retirement.

In 2014, he was inducted into the SIMEX Hall of Fame to mark the 30th founding anniversary of SIMEX, for his role in the birth of Asia’s first financial futures exchange in 1984. Mr Lim was one of the crucial architects in the creation of SIMEX and facilitated the establishment of Mutual Offset System linkage between SIMEX and CME.