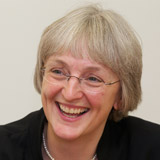 International Transport Intermediaries Club (ITIC) has warned that the wording of instructions can potentially widen the scope of liability for marine service providers, citing the recent case of a marine surveyor sued for €1.56m for alleged poor onboard stowage of a cargo.

The marine surveyor in Germany was engaged by charterers to attend the loading of a cargo and to report on any damage caused by the stevedores. The emailed instructions from the charterer contained the following provisions:

“We hereby order the following: supervision of the loading/preloading survey; reporting of eventual damages to the coating or the material – and time of damage; reporting of negligence while handling the material and loading; detailed documentation, with photos, of the loading operations; no continuous supervision will be necessary, only during the important moments (commencement of loading operations – change of shift – securing of the cargo).”

Loading and lashing of the cargo was completed and the vessel sailed.Three days later there was a loud noise from the cargo hold and the ship developed a 30-degree list. The master reduced the list by ballasting and diverted to a port of refuge. The cargo was discharged, sorted on the quay, reloaded, lashed and secured. About 600 tonnes of damaged cargo was left behind. Over ten days later, the ship resumed its voyage.

The owners alleged that the cargo had shifted due to poor stowage, and ultimately obtained an arbitration award against the charterers for €1.56m. The charterers subsequently held the surveyor and the stevedores who had loaded the cargo jointly liable for this amount.

Lawyers appointed by ITIC represented the surveyor at court, where the claim was subsequently rejected on the basis that the stevedores were responsible for the loading and stowage, and that the surveyor’s instructions were limited to reporting on stevedoring damage caused during loading.

ITIC director Charlotte Kirk says, “The potential difficulty with this defence was that the charterer’s email instructions could have been interpreted as conferring a wider obligation. In the circumstances, it was agreed that the surveyor would make a contribution of approximately ten per cent to the settlement of the claim.

“While this contribution was relatively modest in percentage terms, the claim is an example of how the wording of instructions can potentially widen the scope of a surveyor’s liabilities. If the brief is understood to be restricted to a specific task, it is important to make sure that this is clearly recorded.”

* ITIC is managed by Thomas Miller. More details about the club and the services it offers can be