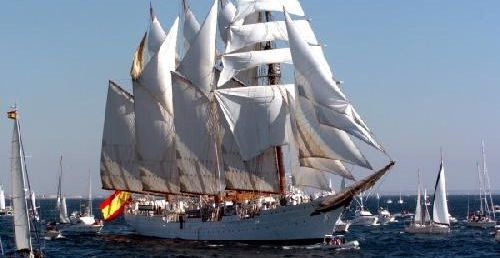 Capt. Antonio M. Padrón y Santiago, “IMO Maritime Ambassador” and Maritime Authority of Tenerife, attended the traditional reception on board the JUAN SEBASTIAN DE ELCANO, Training Ship of the Spanish Navy during her call in Tenerife

Upon arrival on board, IMO Maritime Ambassador was received by Navy Captain Victoriano Gilabert Agote, Commander of the ship and Navy Captain Luis Marcial Garcia Rebollo, Naval Commander in Tenerife.

The Training Ship JUAN SEBASTIAN DE ELCANO is the most representative and well known of the Spanish Navy. 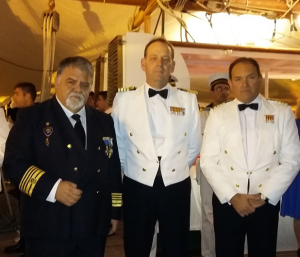 The Spanish Navy takes great care of its most emblematic and symbolic ship, since her first sea passage in 1928.

The vessel is, on the other hand, the repository of secular practices with the primary mission of to keep the Navy Cadets in close and constant contact with the sea, where they are called to develop their main professional tasks.

The Training Ship JUAN SEBASTIAN DE ELCANO also acts as a support vessel to the foreign policy of the Spanish State, carrying the national flag to every country where she calls, and receiving on board to different national and foreign authorities, earning the love and affection of all visitors.