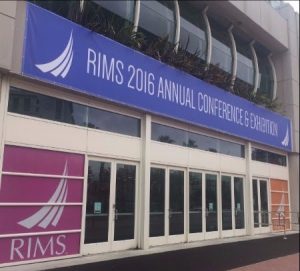 Bermuda leaders at RIMS 2016 tell AM Best TV: Not All Offshore Jurisdictions Are the Same

According to AM Best TV: “Bermuda’s leaders cite the island’s status as being Solvency II equivalent, along with what they say are higher levels of scrutiny, as reasons why they should not be confused with domiciles that have drawn negative attention.”

AM Best posted the video at http://www.ambest.com/v.asp?v=rims4416

Bermuda’s 200-strong delegation to RIMS included government officials, representatives of the Bermuda Monetary Authority, Bermuda Business Development Agency, Bermuda Tourism Authority, and numerous Bermuda-based international re/insurance companies, brokers, and service providers. The island’s significant attendance drew media attention and received a warm welcome from the global re/insurance industry. More than 10, 000 delegates attended this year’s event. The government delegation held a full slate of interviews over two days at the conference, and were welcomed to the San Diego Convention Center Tuesday by RIMS President Julie Pemberton and RIMS CEO Mary Roth—who will travel to Bermuda in September for the biennial ALARYS Congress event being hosted by the island for the third time. The Premier and Ministers also met with Lloyd’s of London CEO Inga Beale, among other industry executives, at RIMS 2016.

The conference served as a fitting platform to continue differentiating Bermuda from other jurisdictions amid an increased global focus on international financial centres, Bermuda officials and industry leaders agreed.

Bermuda is one of three major insurance centres, and the single most important property and catastrophe market. The island is also the largest captive insurance market—with 800 captive insurance companies generating over $48 billion in annual gross written premiums, and has the largest depository of ILS listings (more than $19 billion worth on the Bermuda Stock Exchange, more than 75 percent of the world’s capacity).