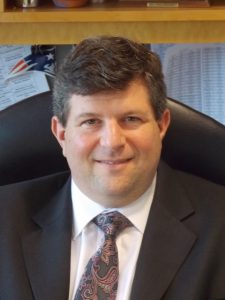 Figures released by the Greek Shipping Co-operation Committee (GSCC) show that Liberia has cemented its position as the undisputed leading open registry of choice for Greek shipowners.

The GSCC statistics show that, in the year to end-March 2016, the gross tonnage of Greek-controlled ships in the Liberian Registry increased by 995, 781 gt. Liberia, with 744 vessels aggregating 54.74m dwt, is second only to Greece itself in terms of the number of Greek-owned ships flying its flag, and comfortably ahead of the Marshall Islands in third place.  Eighteen per cent of Greek-controlled ships are registered under the Liberian flag, again second only to Greece (20 per cent).

Michalis Pantazopoulos, Senior Vice-President of the Liberian International Ship & Corporate Registry (Hellas) SA in Piraeus,  says, “It is surely no coincidence that the world’s most innovative shipping register is the number one choice of open flag for shipowners from the world’s leading shipping nation. The Greek shipping community continues to demonstrate great loyalty to the Liberian Registry, which in turn continues to respond by providing the innovative service and guaranteed quality and safety which owners demand.”

The Liberian Registry is one of the world’s largest and most active shipping registers and has long been considered the world’s most technologically advanced maritime administration. It hasa long-established track record of combining the highest standards of safety for vessels and crews with the highest levels of responsive service to owners.