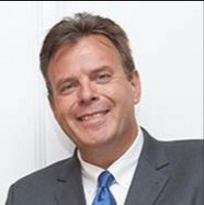 London 21.04.2016 – Despite the Asia-Europe trade experiencing one of the worst starts to a year in terms of both volumes and freight rates since the 2009 financial crisis, there could be cause for optimism for carriers on the trade. Speaking at the 20th TOC Asia Container Supply Chain conference, which took place this week as part of Singapore Maritime Week, Maersk Line’s Asia Chief Executive Robert van Trooijen said there was growing evidence that recent declines on the trade are set to be reversed.

Last year, container volumes from Asia to Europe declined by 4%, while the first quarter of 2016 has seen them drop further – by 6% year-on-year. Maersk believes that one of the reasons why trade volumes have been so weak over the last 15 months is due to European retailers’ strategy to run down stocks. However, the carrier expects this trend to reverse as the year progresses.

“The retail industry in Europe spent much of last year destocking, but our economists expect that there will be some restocking later this year and we think that the trade may well rebound further than we have seen this year so far. We do see some positive trends in 2016 and we think it may surprise us in terms of volumes over the remainder of the year, ” said Mr van Trooijen.

He predicted that this would likely lead to an increase in freight rate levels in the second and third quarters of this year. Current rates are simply “unsustainable”, said Mr van Trooijen, meaning that carriers are unable to protect the supply chain’s integrity. Maersk has just announced a $550 per TEU general rate increase to take effect on 1 May.

Jim Lim, senior manager of transport excellence, procurement and global logistics at Applied Materials, agreed: “The heyday of lower rates for customers is over – those rock bottom rates will be a thing of the past. As Europe gradually exits recession I think that the worst is probably over for carriers.”

Mr van Trooijen admitted that part of reason why rates had fallen to such desperate levels was due to the vicious circle had been created by lines ordering such large quantities of ultra-large container vessels ULCVs and the sustained increases in shipping capacity.

“Excess deployed capacity levels have led to lower utilisation, such that a vessel which is 95% full is unable to make money, and in some cases vessels which are 99% full are losing money. In addition there is a 20% downfall – bookings which are made where the container does not show for the sailing – which means that carriers effectively have to overbook a vessel by 20%; and if a ship isn’t full then the sailing has to be blanked.”

“And that is very different to a couple of years ago, ” Mr van Trooijen added.

Mr Lim also added that structural changes in global supply chains could offer new opportunities for carriers seeking cargo and possibly more balanced trades. “There are a lot of opportunities to take advantage of nearshoring, where a lot of manufacturing is mobbing to East Europe, places such as Poland and Hungary, and I think shipping lines should be looking to capture more eastbound cargo – carriers have invested so much in the westbound route and there are growing opportunities for them to develop their eastbound services, ” he said.

For 40 years, TOC Worldwide has provided the market-leading conference and exhibition forums for the global port and terminal industries and their customers. With a change of name to TOC Container Supply Chain, the TOC event portfolio now attracts a wider audience of container supply chain professionals.