Ship total losses are on the rise… 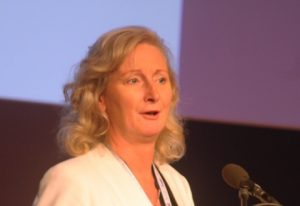 New marine hull claims statistics from the Nordic Marine Insurance Statistics (NoMIS) show that losses and claims cost per vessel rose in 2015. “There is no longer a softening market for claims, ” said Helle Hammer, managing director of Cefor (the Nordic Association of Marine Insurers).

“Last year we predicted that the exceptional low number of high value losses would not last, and unfortunately we were right. While 2014 showed an absence of claims above $10m in our portfolio, 2015 saw 13 of these. And out of the 13, seven are what can be considered constructive or actual total losses.”

The Cefor findings were released shortly after a similar global picture emerged from a report presented to the spring meeting of the International Union of Marine Insurance in Hamburg. IUMI technical committee leaders were told that total losses increased in 2015, with the number of casualties resulting from heavy weather and groundings on the rise.

Ms Hammer warned that there are more clouds on the horizon. While depressed shipping markets have driven down the average sum insured, the average (partial) claim has not fallen equally. “As a result, the probability of a constructive total loss has increased, ” she said.

On the positive side, the proportion of claims below $10m remains stable at a long-term low, and the costly category of machinery claims has returned to levels last seen before the shipping boom in the early 2000s.

Another notable feature identified by Cefor from 2015 was the very strong drop in the average sum insured for supply and offshore vessels. The oil price positively correlates to the sum insured, it was said. “On renewals, the decrease in values was on average 17.8%, which is significantly higher than the 8% average for all vessels combined, ” said Ms Hammer. “And with the low oil price come new challenges related to the lay-up and reactivation of vessels and offshore mobile units that are concerns to insurers.”

An analysis of tanker, dry bulk and container vessels constructed in Asia in during  2007-2015 revealed that those built in China had a higher claims frequency than those of other major shipbuilding nations.

Ms Hammer commented: “While the differences in frequency are considerable, the country of build may not be the only explanation. China has also made major strides in modernising its shipbuilding industry in the past few years. It will be interesting to follow the performance of these vessels in the years to come.”

Among Scandinavian insurers, fishing vessels constitute a major part of the coastal portfolio, which is said to show a long-term positive claims trend because of a decrease in frequency. Further investigations to determine whether extreme weather events will have an impact on claims frequency and severity have been encouraging. “I am pleased to report that the comparison only shows a minor increase in claims frequency during major storms, ” said the Cefor executive. “This indicates that commercial coastal vessels carefully monitor weather forecasts and take the necessary precautions.”

Since 1985, leading members of Cefor have compiled and analysed statistical information relevant to their hull and machinery insurance portfolio. At the end of 2015, the Nordic Marine Insurance Statistics database comprised 362, 000 vessel years and 86, 000 claims. More information is available at www.cefor.no/statistics

The association’s 2016 annual meeting elected Anne Systad, area manager of Codan Marine Norway, as vice-chair of the Cefor board. She succeeds Leif Nordlund of Alandia Insurance who steps down from the board. Director Jan Limnell of Alandia Marine and executive vice-president for marketing Claes Lindh of Skuld were elected new members of the board.

Celebrating its centennial anniversary in 2011, Cefor published a book reflecting the development of shipping, marine insurance and the association since its foundation.

Capers’ volatility adds to the BDI’s and market’s suspense…