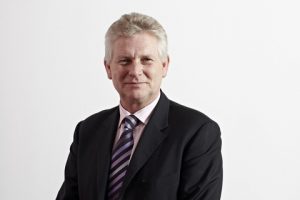 Following Wednesday’s announcement of Sir John Goldring, the Coroner presiding over the inquest into the death of 96 Liverpool supporters at Hillsborough in April 1989, the British Safety Council added its opinion to the issue. It was supported by the voice of David Parr, Head of Audit at the British Safety Council, who as a 29-year-old supporter of Liverpool FC, was standing in Sheffield Wednesday’s Leppings Lane Terrace when disaster struck on 15 April 1989.

“This historic verdict has finally confirmed what the nation has long believed. These tragic deaths were not accidental but avoidable and unlawful, ” said Mike Robinson, Chief Executive of the British Safety Council. “This decision, 27 years overdue, cannot turn the clock back for the families and friends. However, it can provide some comfort to them and the millions who supported them in their campaign for justice.”

Mike Robinson continued: “For nearly 60 years, the British Safety Council has been campaigning for improved public safety, including safety at public venues such as football stadia. What the Ibrox disaster, the Bradford City fire and Hillsborough disaster all show is that there were, and still are, inherent risks in bringing people together in crowded spaces in considerable numbers. All three catastrophes could have been prevented with foresight and key personnel exercising responsibility dutifully.

“We have seen massive improvements in stadium safety over the past 50 years but we would be wrong if we were to contend that the likelihood of another stadium disaster is remote. The design and construction of stadiums in the UK has improved significantly. Yet, there remains the possibility that hundreds of people in a confined space could be at considerable risk.

“Those who stalled due legal process should hang their heads in shame. The damage they did to innocent people in order to protect their backs can never be repaired. We have to make sure that disasters like Hillsborough are averted and that abuse of our legal system is not only prevented, but punished.”

Unlike the 96 football fans who died that day or soon afterwards, David Parr escaped with his life, with ‘only’ broken ribs and post-traumatic stress disorder. He warns: “This kind of disaster could still happen today. All the components of an effective safety management process at such an event were missing on the day or were inadequately implemented. This included poor planning, poor risk management, lack of organisation, senior management incompetence and, crucially, lack of leadership.

“It’s evident that there was also woefully inadequate emergency planning, poor consultation and cultural and behavioural failures. That afternoon, I saw things that were difficult to comprehend: the behaviour of the majority of the police was appalling. Some of this was understandable, as no amount of training would prepare you for such a situation, but some actions were inexcusable, such as pushing people back into the terrace pens. I witnessed members of the public trying to save people’s lives while those who were there in a professional capacity just stood by.

“What was staggering for me was the gross negligence. There were previous incidences of crushes, at the same football ground, policed by the same police force. The reasons were the same: overcrowding, bad crowd management and poor stand design.

About the British Safety Council
For more than half a century we’ve been a trusted guide to excellent health, safety and environmental management. We have educated millions of workers and made hundreds of thousands of workplaces safer for everyone. We do this by sharing information, supporting, advising, educating and campaigning. We are a corporate membership organisation and a charity.

We have set out the five steps and the supporting actions we believe are essential to ensure healthy and safe work activities in our manifesto,  Working Well – see:www.britsafe.org/manifesto