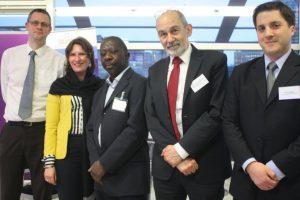 Small and medium-sized companies in the UK are being encouraged to enter the often overlooked market of Poland, and at the same time to beware of pitfalls including piracy of intellectual property.

An audience in the City at a meeting of the East London Export Club heard an outline of plentiful business opportunities, but a warning was sounded during a panel discussion that Polish people have one of the worst records in Europe for stealing digital and other content.

Michael Dembinski, chief adviser at the British Polish Chamber of Commerce, which fosters trade in both directions, said his organisation offered free advice on setting up deals with counterparties in Poland – the Chamber charges for detailed specific assistance – but it was up to companies to “do your homework” on legal and other matters. 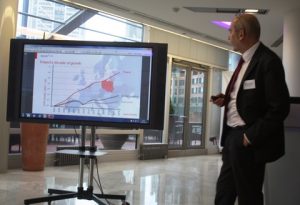 Later, Teresa Potocka, chief executive and founder of Potocki Communications, a London-based consultancy specialising in branding and film collaboration, spoke of the need for authorities to tackle piracy to afford greater protection to content creators and authors in the creative industries.

It was the sixth most populous European Union country, with more than 38m people, and the eighth largest economy by purchasing power. Most British exporters had missed out on that market, and indeed the entire region.

Poland had enjoyed spectacular growth and had “not missed a beat” during the 2008 global economic recession. In 2015, growth was 3.6% and was forecast to be 3.5% in 2016. For a decade, growth had been far in excess of that of the UK and of the Euro zone, said Mr Dembinski. Although average monthly salaries varied considerably by region, disposable income was growing rapidly, and the average household had the equivalent of Euro200 left over at the end of each month.  “Polish purchasing power is rising, and the wealthier people want to spend on new, exotic tastes.” 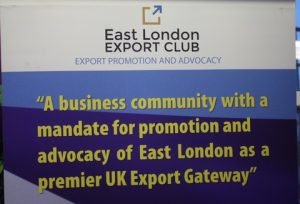 From 2014 to 2020, Poland would be receiving Euro83bn of EU funds of which Euro27bn was to be spent on infrastructure and environmental projects such as renewable energy,   Euro8.6bn on ‘smart growth’ and Euro31.2bn on regional IT, research and development. “Britain really missed out” as many of the country’s roads were built by Austrian, German, Portuguese, Spanish and Swedish companies.

There were several thousand Polish medium-sized companies that were very successful and “open to the outside world” but it was difficult to convince many of them that they needed more support in marketing, coaching in management skills and human relations policies, which were “not of the highest calibre.”

As English was the global language of business, “it is so much easier for a British professional services company to get a foothold in the market.”  Flights from several UK airports to Polish cities were frequent, and in many cases time spent in the air was little over two hours.

While the British government body UK Trade & Investment (UKTI) focused on helping companies pursue high value opportunities, in concert with the British embassy in Warsaw, the British Polish Chamber of Commerce – which had a working relationship with those two facilitators – assisted companies seeking transactions on a more modest scale. 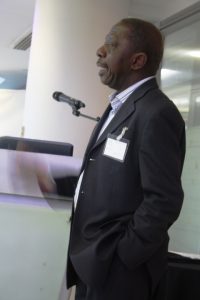 Poland had a favourable trade balance: in 2015 the country sold £8.5bn worth of goods to the UK, but only £3.5bn went in the other direction. Mr Dembinski said that Polish products had “the right balance between price and quality, but they do not have that slickness, that gloss – for example in packaging.” Among factors in the service sector, Poland was “under-consulted.”

The British Polish Chamber of Commerce and Enterprise Europe Network are inviting businesses to join a trade mission to Gdansk and Warsaw onJune 6-9 2016.

Ms Potocka highlighted concerns in a report on the impact of video content piracy drawn up by the consultancy PwC and commissioned by Stowarzyszenie Dystrybutorów Programów Telewizyjnych “Sygnał” (Association of Television Programme Distributors). The report was the first attempt to estimate the effect of media piracy on the Polish economy.

Without change in law or public attitudes towards media piracy, said the report, experts estimated that the average annual growth of piracy in 2013-2018 could reach between 29% and 54%. It did not identify a reason for such high levels, but said that some consumers of online files were unaware that what they were doing was illegal.

According to a moderate growth scenario, economic losses in 2018 would reach PLN1.8bn [Euro411m at current exchange rates], and in a more pessimistic scenario they would exceed PLN6.1bn [Euro1.4bn], that is “twice the current budget of the Ministry of Culture and National Heritage.”

Its report confirmed that in Poland, the scale of piracy is much greater than in the developed markets of Western Europe. Professor Witold Orłowski, chief economic adviser at PwC, was quoted as saying: “A similar scale of piracy per surfer can only be observed in Spain and Italy. The other end of the scale, where piracy enjoys relatively small popularity, is occupied by countries such as Germany, Great Britain and Japan, i.e. countries with stable economies and respect for the law and protection of private property.”

Ms Potocka said that should the trend be reversed, producers, filmmakers, and creators could benefit. 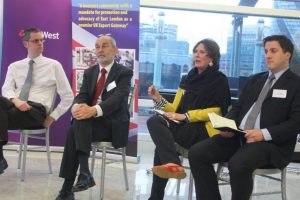 Timo Weber, a trade adviser with UKTI, said that the slogan of ‘great’ British branding appealed to Poles.  “UK products and services are sought after.”

Nick Howe, NatWest regional enterprise manager for London, welcomed club members and guests to the RBS group offices in Bishopsgate. He said that 39% of UK businesses were actively exporting, compared to around 33% in 2012, “but we think there is a huge distance to go.” Banks were there to help minimise risks and identify the most appropriate form of support. Questions that companies should ask themselves included: “How well do I know my intended market, and what is the right distribution model?”

The meeting heard brief presentations from representatives of City Business Library which is an unrivalled information resource, and from Enterprise Nation, a business network.

Ade Awokoya, co-founder and export director of the East London Export Club, said that the club, launched in June 2015, was pursuing its aim of working in partnership with other bodies.

Many niche businesses are based in Stratford and other parts of east London, and there are plans for a further revitalisation of the waterfront by means of the Royal Docks Enterprise Zone and other projects. The arrival of the Crossrail link in 2018 is seen as an important boost to the area.