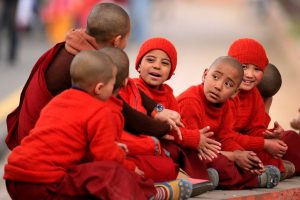 The Vision of the Gods. Artist-photographer Andrés Muñoz Diazgranados seeks to reflect the ‘soul’ of North India

Artists can produce monumental output without depicting monuments, but it helps to be inspired by grandiose and enduring structures such as are the glories of India. A professional photographer and journalist, Andrés Muñoz Diazgranados was captivated in his travels across the north of the vast and varied country by the majesty of tourist showpieces and energy of the bustling cities, but what he sought above all to record with his camera was something more intimate: “the heart and soul” of the people. 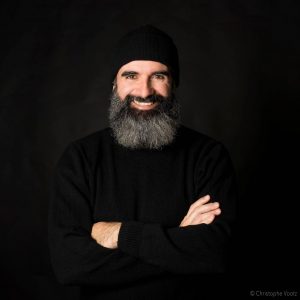 The fruits of his photographic odyssey will be on display at the London cultural centre, The Bhavan, on May 26 and 27 2016. His empathy with what he understands as the spirit of India leaps to the fore throughout his work. In his exhibition title The Vision of the Gods. North India, he shares his admiration for the life force he identified, and identified with.

Andrés gives each picture a caption that is a gentle image of purity. Examples are Generations of Love, The Future Smile, Promise of Eternal Love, and Touching the Sun.

Sometimes architectural wonders dominate, but more often pride of curiosity is given to individuals: young devotees, a woman in a gorgeous yellow sari, a courting couple just visible in the outer courtyard of a temple.

Andrés Muñoz Diazgranados is a Colombian who has dedicated the last five years to travelling – 36 countries in five continents. He is, he says, “searching for images that represent traditions, culture and history of man and woman in the real world.” His global perspective finds a reflection in an abbreviation of his full name, which yields the brand Anmundi Photography 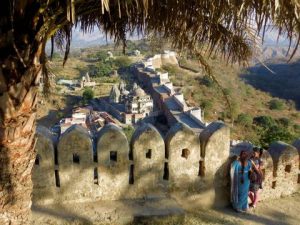 He said: “All my life I have followed a path of spirituality that has a strong meaning in India and in other Asian countries. Then in December 2015 I went to India looking for an exotic paradise and for a sacred place. I found the real India, the one that integrates spirituality and day-to-day life in the amazing heart of her people.

“I travelled to the huge and chaotic city of New Delhi, to the domain of love in Agra, to the city of life in Varanasi, to the sacred lake where priests offer blessings in the Rajasthan holy city of Pushkar, to the pink city Jaipur which is the capital of Rajasthan, to Udaipur city palace with its crystal gallery and lake, ending in Mumbai, the city of contrasts.

“It was an amazing trip which showed me the force of the people, their hearts and souls, the real representation of the Indian people with their kindness and the love for their gods.”
At the human level, what touched him most? “I have to say, the kindness. What a wonderful people, men and women with smiles and gratitude, with love and hope. They receive strangers as friends and share with them who they are and what they have.” 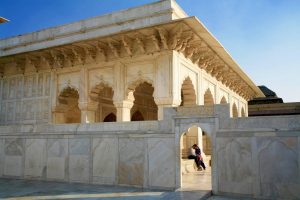 We asked Andrés more generally how he had derived his inspiration as a photographer. “I found my inspiration in beauty, ” he replied. “I am privileged to view realities and take part of them to create a new dimension of this beautiful world. When I take a picture, I express my faith in humankind; I am sharing what is intrinsic to nature, to animals, to mother earth. When I look at the world I find inspiration in the real meaning of love.

“People call me a romantic and if being romantic is seeing beauty as inspiration, then I could be even more romantic!”
As to the creative photographic element, “photography for me is light, shadows, reflections and love. The first three are present in all the world and show the energy of the universe through people, animals, landscapes, buildings… it is everywhere. The fourth quality, love, is the potential that shows the value of life in all its diversity.”

Andrés composed a poem to accompany his London exhibition:

Her eyes are the path of love,
In a world of hope.
They look at me with calm and joy;
They reflect the mountains, the lake and the trees –
The beauty of India in the soul of a child.

His eyes guide the future.
They embrace Shiva yearning for transformation;
They are prayer, love and truth;
They are at home in tradition and progress,
In respect and dignity.

My eyes are the eyes of a stranger
Looking on an exotic country.
But what I find is more powerful:
I find step-by-step in my journey
That every man and woman
Are telling me with their souls in their eyes
That I am India, I am Shiva
I am they in the Vision of the Gods.

The London show is organised by Angel Consoultancy (spelled in such a way as to embrace the word ‘soul’); by The Bhavan; and by Anmundi Photography.

Future plans for Andrés include an exhibition in the Belgian embassy in Colombia. The topic will be how a Colombian sees Belgium through living there and sharing the experiences of its people.